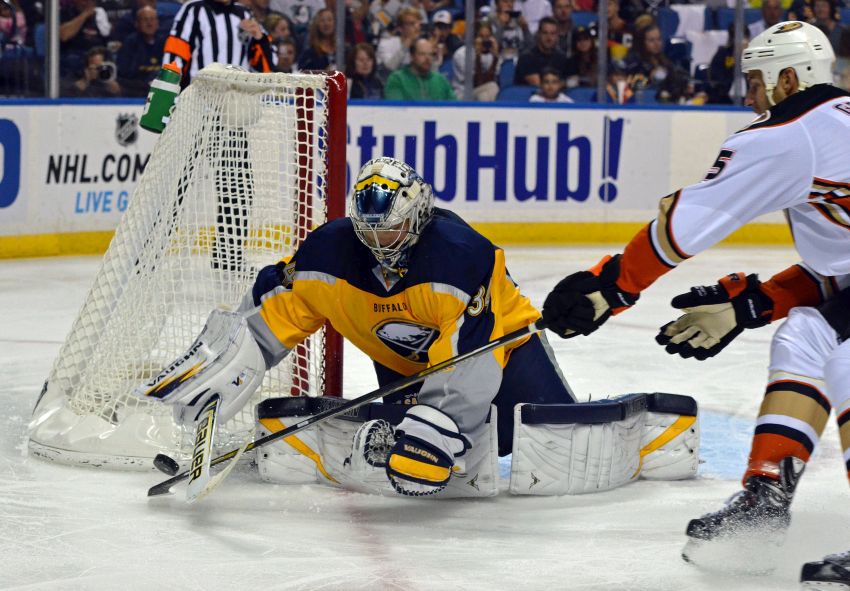 Tonight’s contest will be Neuvirth’s third nod in the last four games.

Enroth was the hot goaltender during the preseason as Neuvirth struggled. Now, it appears the two have become the tandem many expected they would be this season.

Nolan said 19-year-old defenseman Nikita Zadorov, a healthy scratch all but one game this season, could play again soon.

The Sabres are essentially stashing the rookie because he doesn’t have a release to play in junior from the Russian club that owns his rights.

“It’s day-to-day with Nikita, what we’re going to do,” Nolan said. “We’ll re-adjust that again. … I thought he played well in the game he played in L.A. He’s getting better and better in practice. We still got to remember he’s a real young player in this league. If he stays around here, he’ll get in some more games.”

He said the Sabres are “doing it the old-fashioned way.”

“Nice and slow and methodical and thought out and developing, and changing the culture goes with that,” Nolan said.