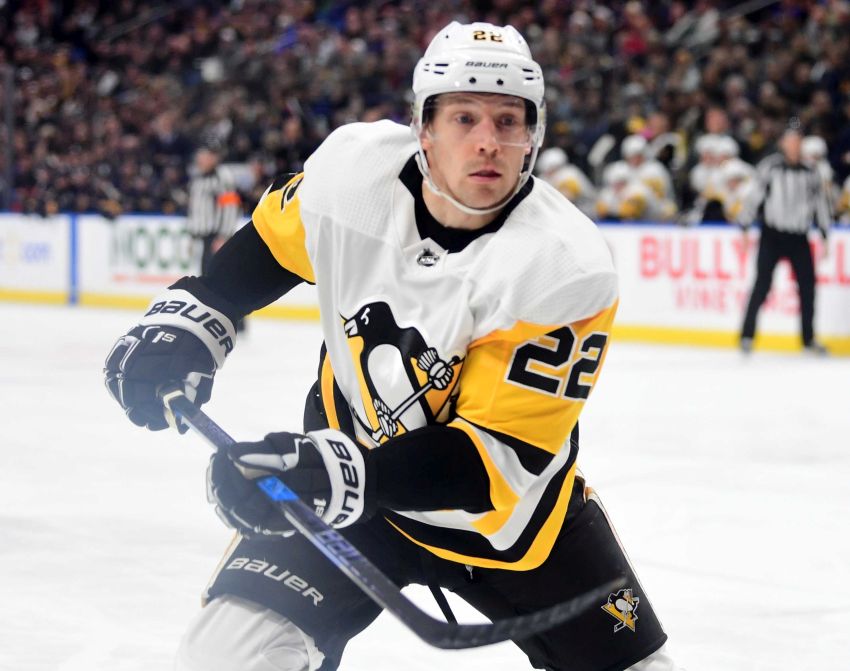 BUFFALO – On April 1, defenseman Matt Hunwick made his 521st NHL appearance, skating just over 12 minutes in Pittsburgh’s 3-1 loss in Washington.

More than eight months later, Hunwick, 33, hasn’t played another game. That should, however, change tonight for the Sabres newcomer, who has missed the first 31 contests this season recovering from a neck injury.

The Sabres plan to have Hunwick start an AHL rehab assignment with the Rochester Americans, Sabres coach Phil Housley said.

“He’s in a good place,” Housley said prior to Tuesday’s 4-3 overtime win against the Los Angeles Kings inside KeyBank Center. “We just need to get him some action.”

The Amerks host the Binghamton Devils tonight at Blue Cross Arena and the Cleveland Monsters on Friday. Housley said Hunwick could play both games.

“It’s nice to be healthy and to kind of get past the last step,” said Hunwick, who was acquired from the Penguins with winger Conor Sheary on June 27.

Hunwick, who was injured training during the offseason, started practicing almost two weeks ago. While the Sabres have had a decent amount of practice time in the last week or so, that can only help Hunwick so much. Game action simply can’t be replicated during practice.

“Our practices are obviously high-tempo, but games, the intensity’s a lot higher,” Hunwick said. “So it’ll be good to get a couple games in before joining the team again.

“The NHL game, obviously, at the start of the season, maybe is a hair slower than it is at the midpoint. … Joining kind of halfway through will kind of be like just getting right in the fire.”

Naturally, waiting so long to play has “been frustrating at times,” Hunwick said.

“I’m not a very patient person, and this process has tested that,” he said. “Sometimes you have to let time do it’s thing and try to heal. We’ve done that.”

Hunwick is on long-term injured reserve, giving the Sabres relief from his $2,250,000 salary, according to capfriendly.com. The Sabres are $315,556 under the salary cap, according to the site.

Hunwick was one of a handful of Sabres on the ice Tuesday morning.

Since goalie Carter Hutton was healthy enough to back up Linus Ullmark on Tuesday, the Sabres sent Scott Wedgewood to the Amerks before the game.

Hutton, who has played 21 times this season, missed Saturday afternoon’s 6-2 loss to the Philadelphia Flyers.

“He had a really good day (Monday),”Housley said. “I just want to get him in one more practice before he plays.”

In other lineup news, Housley said forward Patrik Berglund was sick, so Zemgus Girgensons returned after sitting out Saturday as a healthy scratch. Girgensons scored his third goal this season in the first period.

“All of the guys that have been injured or rehabbing have touched the ice, so that’s a good sign,” Housley said.

But instead of signing with the Sabres, he opted for free agency in 2017 following his junior year at Notre Dame and picked the Kings.