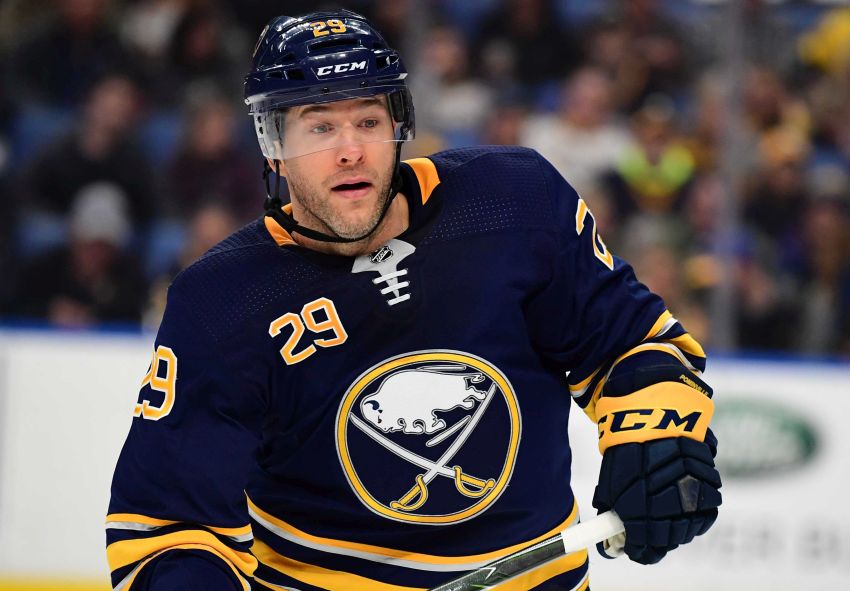 Nine contests remain in a miserable season. The Sabres, who have fallen from first overall to sixth in the Atlantic Division, want to evaluate other players.

So the Sabres scratched Pominville, 36, for the second straight game Wednesday.

“It’s just the situation we’re at,” Pominville said prior to the 4-2 loss to the Maple Leafs inside KeyBank Center. “Trying to see what we have, I guess, and giving opportunities to guys, which is understandable for the position we’re in. It sucks being the guy that has to sit out but I get that part a little bit, where they know what I can bring. They know what I can do for the team, but they have to figure out what other guys can bring.

“Alex Nylander comes in and he’s getting some really good looks playing with (Evan Rodrigues) and (Conor) Sheary,” Housley said. “Tage has been a consistent forward with us. Mittelstadt has had a lot of games. That’s part of their development.”

Sitting out, of course, is unusual for Pominville. Wednesday marked the third time he has been scratched this season. When Housley sat him Jan. 30 in Dallas, it was the first time he had been a healthy scratch with the Sabres since 2005-06, his rookie year.

Only three other NHL players 36 or older – Justin Williams, Patrick Marleau and Joe Thornton – have scored at least 15 goals this season.

Pominville ranks fourth on the Sabres in goal scoring, trailing only Eichel, Jeff Skinner and Sam Reinhart. Pominville has a six-game point streak against the Leafs and more points versus them (57 in 64 games) than any other opponent in his career.