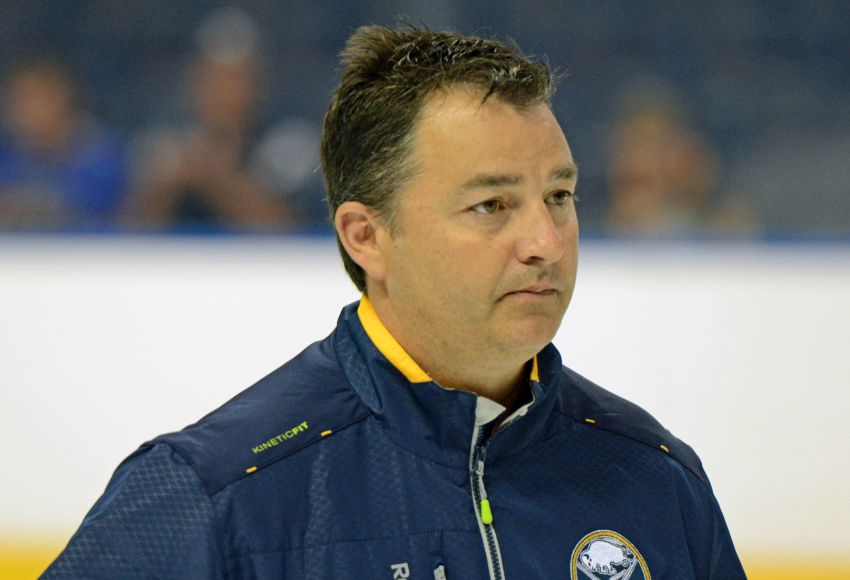 Randy Cunneyworth’s return to the Rochester Americans’ bench lasted only one season, as the parent Buffalo Sabres have reassigned the veteran coach to a player development position and named Dan Lambert his replacement, the team announced today.

Lambert, 46, is the 31st coach in the AHL club’s history. The former NHL defenseman spent last season as an assistant coach on Dan Bylsma’s staff in Buffalo.

“We had a plan in place going into last season to eventually promote Dan to head coach of the Americans and transition Randy back to player development,” Sabres general manager Tim Murray said in a statement. “With his experience as a Sabres assistant last season, we felt Dan was ready to take on the added responsibility of being a head coach and implementing our organizational philosophy in Rochester.”

Cunneyworth, 55, coached the Amerks eight seasons before leaving in 2008. He returned to the Sabres organization in 2013 and worked in the player development department for two seasons before beginning his second stint in Rochester in July. He became the Amerks’ all-time winningest coach on March 23, earning his 338th victory. Still, the Amerks missed the playoffs in 2015-16, going 34-38-4.

Lambert, meanwhile, joined the Sabres last year after leading the Kelowna Rockets to a Western Hockey League championship and a Memorial Cup berth in his first season as coach. He spent five years as a Rockets assistant after ending his 19-year playing career, which included a 29-game stint with the Quebec Nordiques.

The Amerks will introduce Lambert on Tuesday morning.