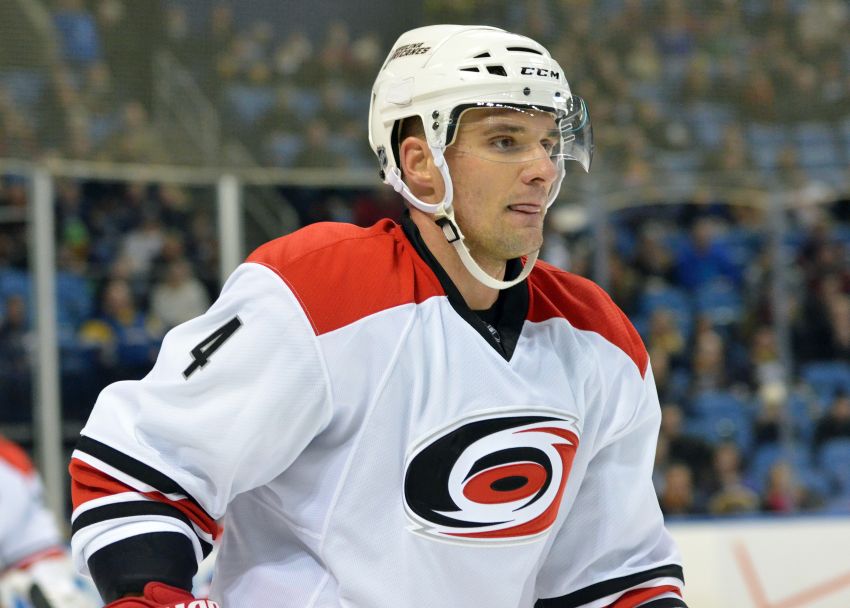 BUFFALO – For a rebuilding team fresh off two consecutive 30th-place finishes, the Sabres’ shopping list entering free agency, which opens today at noon, is relatively small. A weekend of wheeling and dealing at the NHL Draft pretty much set the roster for the upcoming season.

The Sabres have two goalies, four forward lines and almost a full defense corps. Not bad for a team that finished 2014-15 using a patchwork lineup filled with AHL players.

General manager Tim Murray’s main target in July – either through a signing or trade – is a left-handed shot defenseman.

In a very weak free agency crop, there are some solid ones the Sabres could sign.

The Sabres could consider these lefties:

– Former Sabres defenseman Andrej Sekera, who finished last season in Los Angeles after Buffalo traded him to Carolina at the 2013 draft, is probably the best available defender.

The puck-moving Slovak, who played 339 games with the Sabres, enjoyed a career season with the Hurricanes in 2013-14, compiling 11 goals and 44 points in 74 games.

The 29-year-old could command a salary of upwards of $4 million a season, but the Sabres, who are $16,033,811 under the salary cap, according to generalfanager.com, have plenty of money to spend.

– Anaheim’s Francois Beauchemin has quietly been one of the NHL’s most efficient defensemen for years. The 35-year-old, who had 11 goals last season, also played almost 23 minutes a game.

– Pittsburgh defenseman Paul Martin, at times a whipping boy during his five-year run with the Penguins, can be very steady when he’s on his game. The 34-year-old also played almost 23 minutes a contest last season.

The Sabres will almost certainly sign some veterans for Rochester. Murray has said he wants the Americans to start winning, so he could be aggressive in trying to land some “name” AHL players.

Murray also wants to ink a goalie for the Amerks. Given the Sabres’ two goalies – Robin Lehner and Chad Johnson – haven’t started much throughout their careers, Murray might want to get another netminder with NHL experience.

– Popular forward Matt Ellis, who has captained two AHL affiliates and been a NHL regular for long stretches in his seven-year run, could be re-signed. Murray recently said he has an interest in bringing back the respected 33-year-old.

– It appears 29-year-old winger Patrick Kaleta’s nine-year run with the Sabres could be over. The injury-prone agitator, who played just 81 games during his three-year contract, will hit free agency. The Sabres could talk to the Angola native later, Murray said.

– Getting Lehner might’ve spelled the end for goalie Anders Lindback, who performed strongly down the stretch. The 27-year-old Swede could be an option for Rochester if he’s willing to go there.

– Defensemen Andre Benoit and Andrej Meszaros, who were downright awful most of last season, won’t be back. Meanwhile, defenseman Tyson Strachan, who spent all of 2014-15 with the Sabres, might be an attractive depth option for the AHL.

– It appears the Sabres don’t have much interest in bringing back goalie Matt Hackett, who played five games last season.