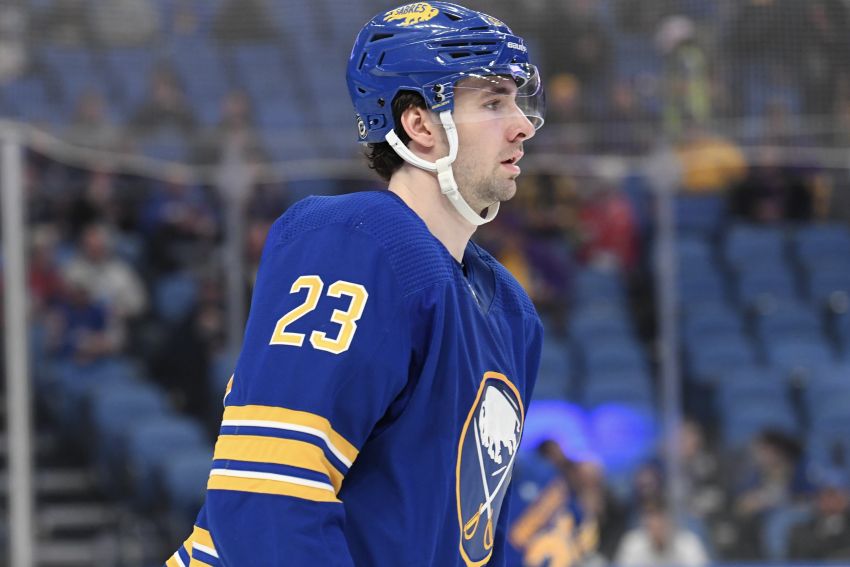 “Mattias is hour to hour, day to day,” Granato said this morning inside KeyBank Center. “He could potentially still (play). We can’t rule him out for tonight, but it’s day to day if he’s not in there tonight.”

Update: Samuelsson is out tonight. Craig Anderson will be starting in goal.

Samuelsson, who blocked a blast from Auston Matthews, played 23 minutes, 20 seconds against the Toronto Maple Leafs.

If Samuelsson, 22, can’t play, defenseman Will Butcher would likely move into the lineup. Butcher skated beside rookie Casey Fitzgerald this morning.

The pairing of rookie Owen Power, who will be making his home debut tonight, and Henri Jokiharju remained intact.

The Sabres also have defensemen Colin Miller and Mark Pysyk as extras.

In other lineup news, Granato said center Cody Eakin, out the last two games with an undisclosed injury, will likely be a game-time decision. Eakin skated this morning.