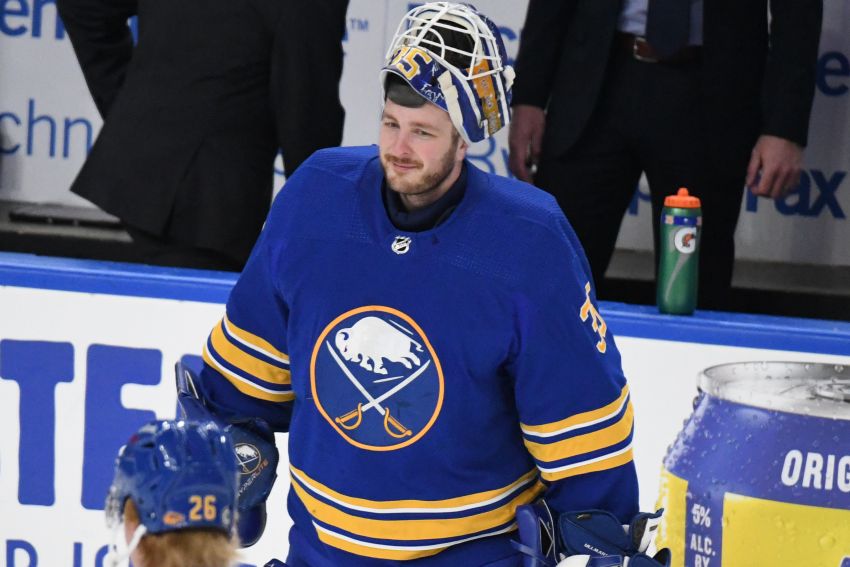 Granato said earlier this week that Ullmark, 27, likely wouldn’t be ready to return from his lower-body injury before the season ends. The Swede was injured April 13 and resumed skating with his teammates Monday.

So goalie Michael Houser, fresh off Thursday’s 8-4 loss to the Penguins, will start his fourth straight game. Houser, 28, won his first two NHL outings earlier this week, stopping 79 of the 84 shots he faced.

On Thursday, Houser received little help from his teammates.

“I would expect the guys around him, all of us, putting in a better effort and focus,” interim Sabres coach Don Granato said on a Zoom call this afternoon. “We’re all in it together. And I believe collectively, we all took responsibility that we didn’t help him the way we should’ve last night. And you can break the game down in a lot of different ways, but any way you do it, you can’t overlook the fact we gave our opposition too much time and space, and too many free pucks. And Michael was the guy, as every goalie, who pays the biggest price.

“So he was down because he cares … about the team and the guys.”

The award, which is decided by a fan vote, will be given each season to the player who “best demonstrates on-ice excellence, resiliency, and dedication to the community,” according to the team.