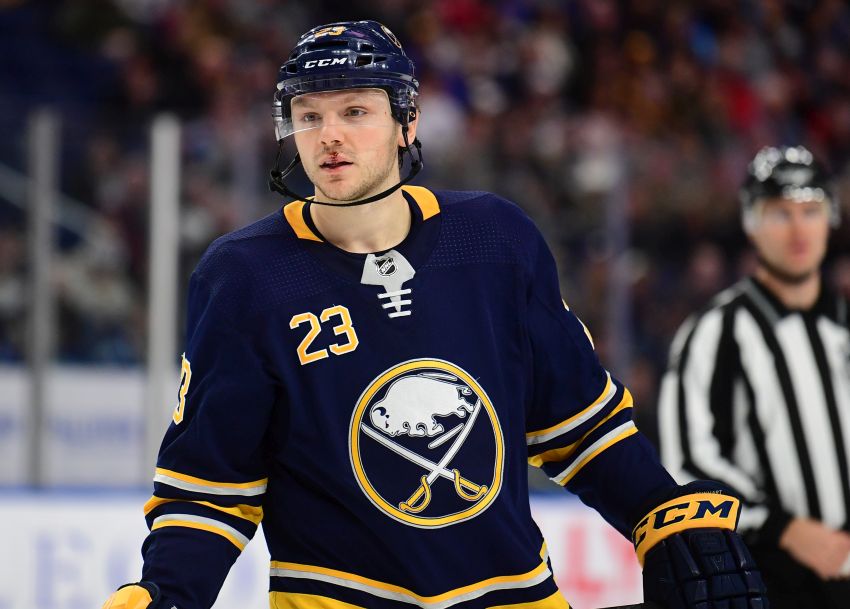 Three weeks ago, when Housley put wingers Jeff Skinner and Jason Pominville beside top center Jack Eichel, the Sabres went on a tear. The line quickly morphed into one of the NHL’s best.

“It’s definitely an experience with the group and how they play and … realizing when they are going, to try to reward them with more minutes,” Housley said of how he makes changes. “It’s just one of those things that maybe I’ve been fortunate that things have worked out well. I know in the past we’ve tried to do it, tried to spark in between periods, change the lines up.

“We don’t want to (tinker) too much with it, I really like the balance where it is, but you always try to give your team a spark in some way or another.”

Housley helped spark the Sabres by breaking up Eichel’s line, a trio some have dubbed “J Crew,” on Saturday afternoon. In the third period of their 4-3 shootout win against the Vancouver Canucks, Housley promoted Sam Reinhart to Pominville’s spot at right wing.

“We played about, what, 10 minutes together?” Reinhart said. “I think we all know each other’s game by now, we all know what each other bring.”

The moved paid almost instant dividends, as Reinhart helped the Sabres roar back in the final 2:27 of regulation, assisting on Skinner’s goal before tying the game.

Housley kept them together for this morning’s practice inside HarborCenter.

“Third period, after about the first five minutes, just needed to make a change to boost our guys and trying to look for a spark for somebody,” Housley said this afternoon inside KeyBank Center. “I thought Reino was going well. Reino’s played with Jack before, obviously. We’re just trying to find balance throughout our lineup.”

In other news, Tuesday’s home tilt against the Tampa Bay Lightning kicks off a rough stretch in which the Sabres play four of the NHL’s heavyweights. The next three after the Lightning – the Winnipeg Jets, Minnesota Wild and Pittsburgh Penguins – come on the road.

The four teams have a combined record of 40-18-7. The Lightning are 12-4-1 and rank first in the Atlantic Division.

“This is going to be a great test for us,” Housley said of the Lightning. “I don’t think we’ve really played a complete 60 minutes of hockey lately, and it’s going to test us, because it’s going to be tight, we’re going to be in adverse situations where we’re just going to have to stay the course and let the game bring us something if there is something to bring us, and not go searching for it. …

Tampa Bay has been a powerhouse for years. If the Sabres ever move up in the Atlantic, they’ll likely have to take down the Lightning.

“You’re going to have to play good hockey against that team, because sooner or later it has to go through them, I believe,” Housley said.

“A guy I grew up watching a lot of,” Hutton said. “I don’t think I can emulate him too well the way he played. Obviously, it’s an honor. He’s a legend here and one of the best goalies to ever play the game.”

Housley, a Hall of Fame defenseman who played eight seasons for the Sabres, has made recognizing the team’s alumni a priority. This year, he posted pictures of significant players from the past above all the stalls in the dressing room.

“It definitely was an important thing for us, I think, getting some of these younger guys to understand the meaning of what being a Sabre is and the alumni that comes with it,” Hutton said.