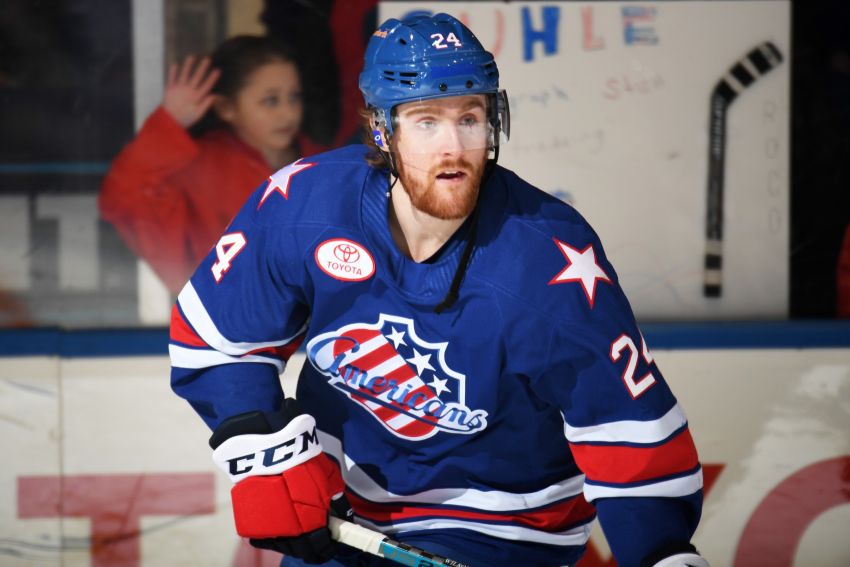 “That’s a great sign,” Housley said inside KeyBank Center. “He’s got a smile on his face. So those are all good signs for us.”

Okposo, 30, has a concerning history of concussions. The veteran hasn’t played since suffering another one fighting New York Rangers defenseman Tony DeAngelo.

In other news, Housley said forwards Danny O’Regan and Scott Wilson, just up from the Rochester Americans, will both play this afternoon against the Washington Capitals.

Housley said the Sabres have some banged-up forwards, so the rest of the lineup will be decided after warm-ups.

New Update: Mittelstadt is sick. Smith, meanwhile, has been sent back to Rochester. We’ll see if the Sabres call him right back up since 36-goal winger Jeff Skinner left with an apparent ankle injury in the second period.

The Sabres also sent defenseman Lawrence Pilut back to the AHL on Friday.

“Lawrence’s development is right where it should be,” Housley said. “He’s played a lot of good hockey for us. He’s played 25 games to this point. I think his play has slipped. Just get him back down to Rochester and have him play some more meaningful minutes.”

Goalie Carter Hutton, who made 39 saves in Thursday’s 2-1 shootout loss in Tampa Bay, will start again.

Housley said goalie Linus Ullmark, who missed Thursday’s start because of a lower-body injury, is well enough to back up.