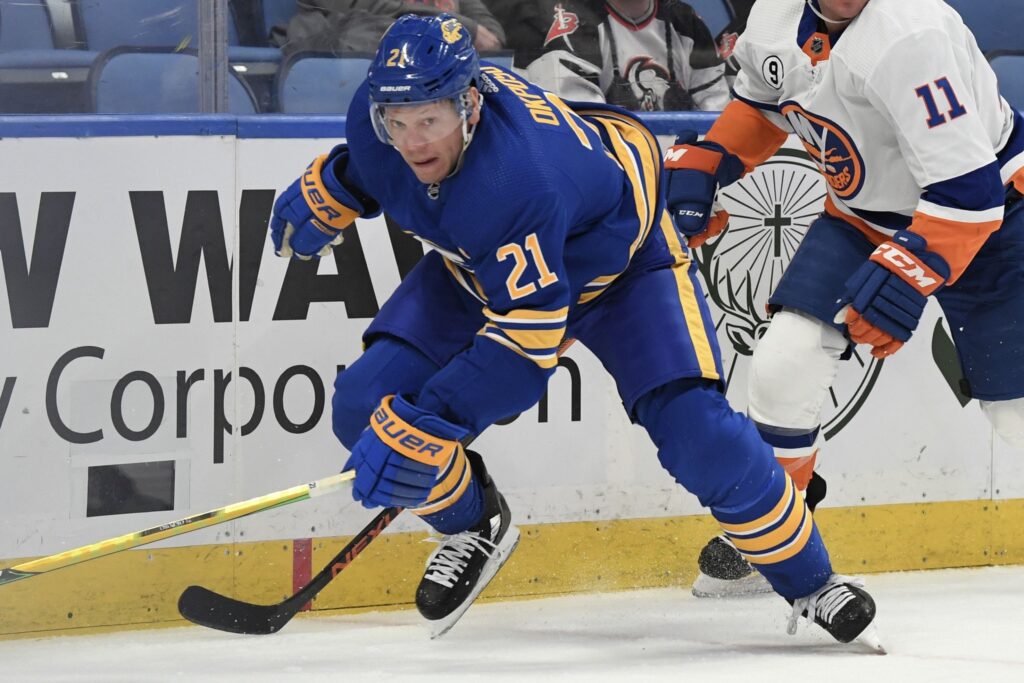 BUFFALO – Having lived here year-round since 2019, veteran Sabres winger Kyle Okposo possesses a unique understanding of the community’s devotion to its sports teams.

“I understand the dynamics of how the town operates and how much sports means to everybody in this town,” Okposo said Saturday during “Sabres Night” at Sahlen Field, where he and teammates Owen Power, Jeff Skinner and Malcolm Subban signed autographs for an hour prior to the Bisons game. “And … you can feel that excitement and peoples’ moods are better and you see people and they’re (like), ‘We can’t wait for the season, we can’t wait for all these guys, X, Y and Z.’”

By the end of last year, after months of record-low attendance, the same fans disenchanted by a decade of futility began returning to the rink to watch the rebuilding team filled with young talent. Crowds swelled as the Sabres finished on a 16-9-3 run, their most significant stretch in years.

Not surprisingly, Okposo said fans have expressed their excitement for the upcoming season everywhere he has gone this summer. The long line for Saturday’s autograph session – it stretched throughout the concourse – further illustrated their anticipation.

“Definitely a longer line than it has been in the past,” Okposo said. “I’ve been here all summer and I’ve talked to a lot of different people and you can kind of feel the excitement building.”

He added: “It’s been a long time coming for a fan base that’s as passionate as anyone in the league.”

At 34, having played 909 NHL games, Okposo is the Sabres’ most experienced player. He’s also their strongest voice, and he appears to be the leading candidate to be named the Sabres’ next captain. He served as alternate captain with winger Zemgus Girgensons last season.

Okposo, who enjoyed a terrific 21-goal comeback season in 2021-22, has very much become the face of the Sabres. He has been visible this summer, welcoming Matthew Savoie, the ninth overall pick, to Buffalo with a video call and also addressing the organization’s prospects during development camp.

This offseason, of course, has been different than past ones. The Sabres’ strong finish has generated optimism, a rarity in these parts.

“I went into it just looking forward to having a bit of a break,” Okposo said. “It was a transition year, for sure, for us. I think everybody kind of saw that. We started to move in that direction. But it’s still an NHL season, it still takes an emotional toll on you, a mental toll. I was looking forward to just spending some time with my family and relaxing.

“But, yeah, you have to wind down because nothing carries over. It doesn’t carry over into next year. You have to start anew. You can build that foundation, but everybody starts 0-0. You can’t fake it, bring the emotion you had last year into this year. So you have to reset, and that’s what I tried to do this summer. Now, we got a month left, I’m starting to kind of ramp up again and get pretty excited.”

Okposo said he has known goalie Eric Comrie, who’s expected to the Sabres’ starter, since he played with his half-brother, Mike Comrie, with the New York Islanders 14 years ago.

“When we signed him, I was excited,” Okposo said. “I’ve been on the ice with him a lot. He works extremely hard, super competitive and he’s going to be eager to prove himself.”

Okposo said he participated in a camp Comrie attended about seven or eight years ago in Vail, Colorado.

“There’s a lot of good players there but he just stayed on the ice after, just like worked as hard as anybody,” Okposo said. “I played golf with him, too, and just really, really nice kid, humble guy. So looking forward to playing with him.”

One thought on “Sabres’ Kyle Okposo feels excitement from fans: ‘Can’t wait for the season’”