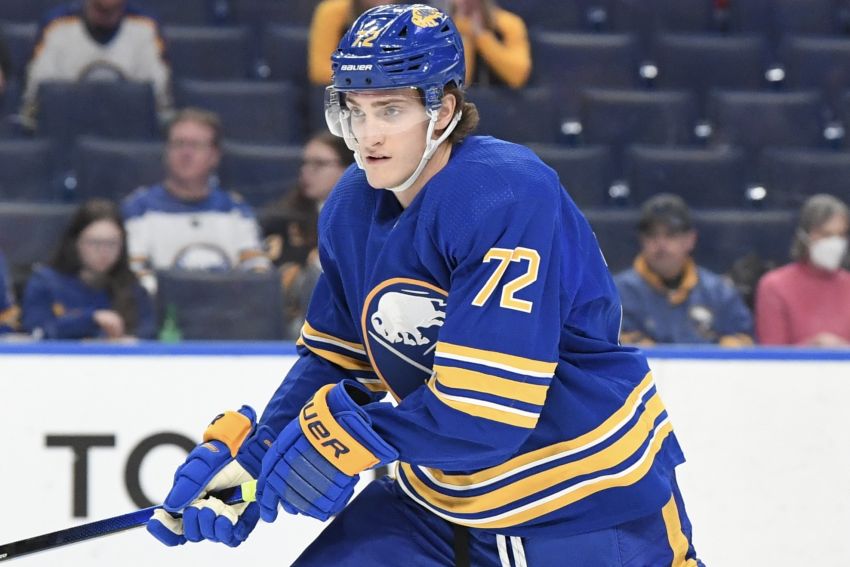 The Buffalo Sabres on Tuesday rewarded Tage Thompson for his breakout 38-goal season, signing the center to a seven-year, $50 million contract extension.

Thompson, 24, is entering the final season of a three-year, $4.2 million deal. He could’ve become a restricted free agent following the 2022-23 campaign.

The Sabres, of course, view Thompson, their leading scorer last season, as one of their cornerstones of the future.

The 6-foot-7 Thompson emerged as perhaps the NHL’s biggest surprise after coach Don Granato shifted him from right wing to center at the end of training camp almost a year ago. He quickly seized his fresh opportunity, showcasing newfound confidence in the middle and developing into a dynamic scoring threat.

The American had never scored more than eight goals in a season prior to last year.