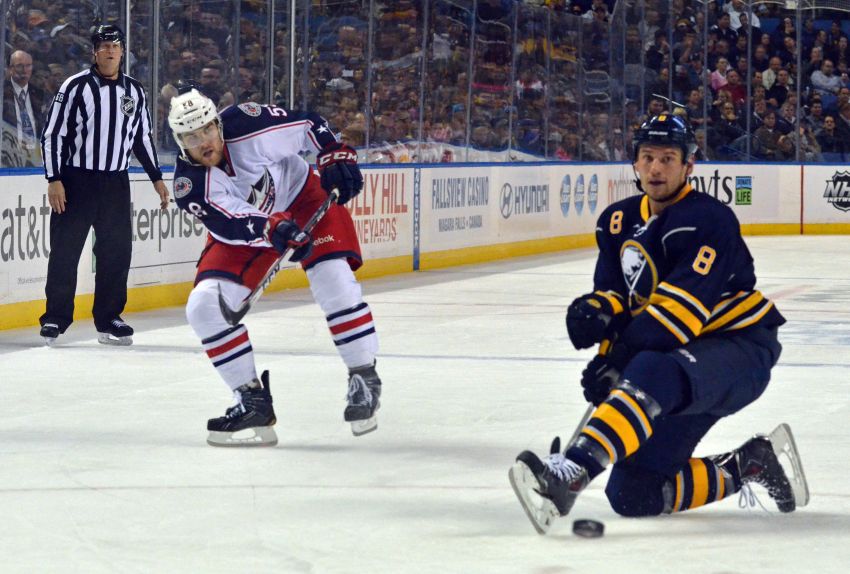 BUFFALO – As expected, the Sabres scratched struggling center Mikhail Grigorenko for Thursday’s 4-1 loss to the Columbus Blue Jackets inside the First Niagara Center.

“He’s got to continue consistency of his compete and his details away from the puck and then, offensively, some confidence there,” Rolston said.

Grigorenko’s ice time dipped in each of his four appearances.

Tallinder hopes he can play Saturday or Monday. He said an Ottawa player hit him “right into the boards” Friday.

“It didn’t feel good,” Tallinder said. “I felt it right away.”

Armia’s a “ways away,” Rolston said. Tropp just started skating after breaking his jaw in a Sept. 22 fight. Zadorov (finger) has been practicing regularly.