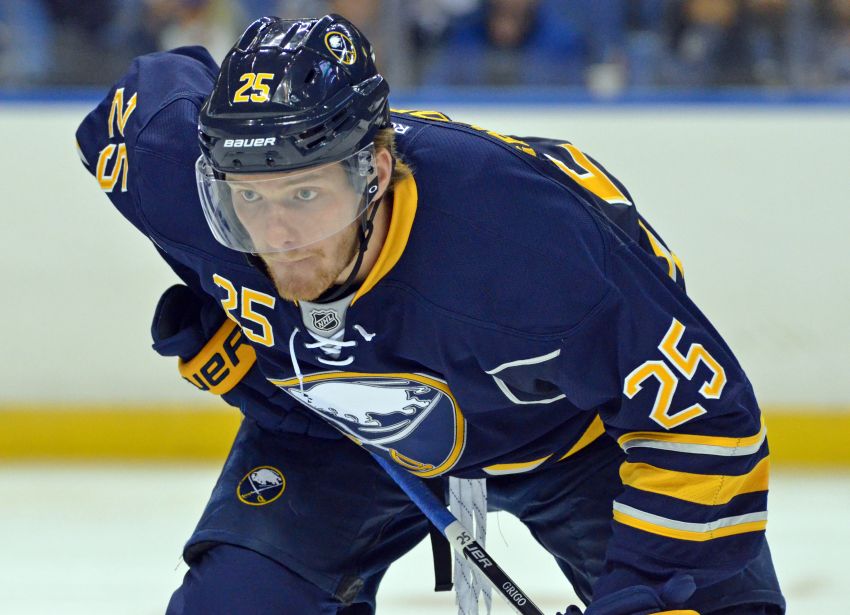 On Tuesday, the 19-year-old Russian played only 8:07, down from the 12:30 he had been averaging. The prospect even skated several shifts on the fourth line during the 3-2 overtime loss to Tampa Bay.

He might not get any matchup Thursday against Columbus. Grigorenko spent part of today’s session filling in for Cody Hodgson between Steve Ott and Thomas Vanek, a sign he could be scratched.

Grigorenko’s slick skill set is apparent just by watching him practice a few minutes. But so far, that hasn’t translated into game action.

“He’s a young player. He’s still learning those things and … how to be impactful at this level.”

Grigorenko’s pointless this season and has one goal and five points in 29 NHL games.

When his ice time first dipped last season, he started receiving more fourth-line duty or getting scratched. Eventually, the Sabres sent him back to junior before recalling him again.

Grigorenko deserves to be in the NHL, Rolston said.

“He’s got the ability,” Rolston said.

Grigorenko centered John Scott and Patrick Kaleta some of Tuesday after starting the game with Zemgus Girgensons and Brian Flynn.