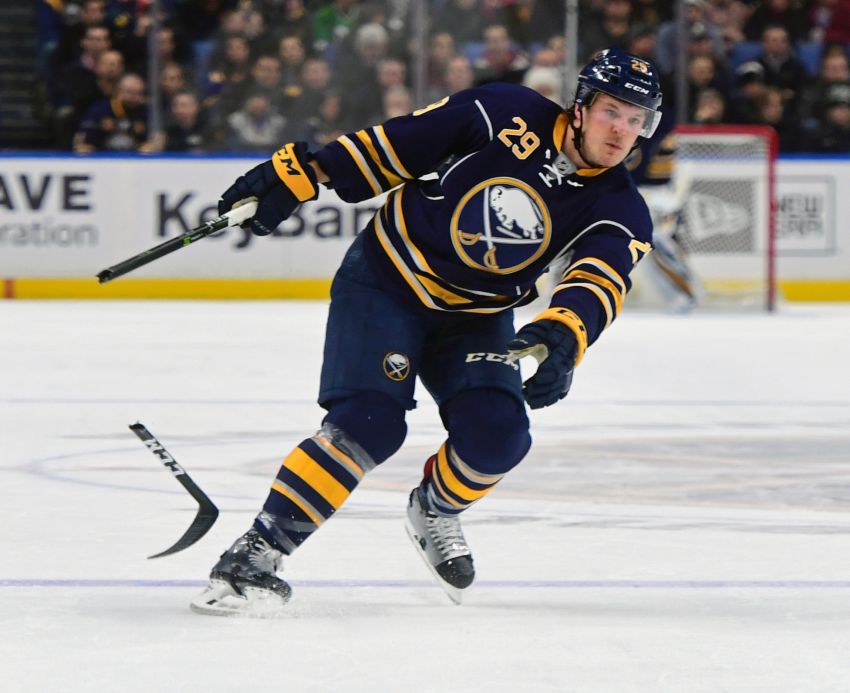 BUFFALO – After Jake McCabe practiced for the first time in 11 days this morning, the Sabres defenseman pronounced himself ready to play in Thursday’s season opener.

While Phil Housley had said McCabe was week-to-week with an upper-body injury, the coach sounded optimistic in recent days he would be ready for the regular season. McCabe was hurt late in an exhibition loss Sept. 22 in Toronto.

“Today’s practice was a good measure,” Housley said inside HarborCenter. “There was a lot of battling. He looked great out there.”

But it appears Sabres defenseman Zach Bogosian, who’s day-to-day with a lower-body injury, won’t play Thursday. Bogosian, however, hasn’t been ruled out. Housley only said he would be reevaluated Wednesday.

Check back later for more, including defenseman Nathan Beaulieu’s take on playing his old team, the Montreal Canadiens, right away and skating beside Rasmus Ristolainen on the No. 1 pair.

Update: The Sabres have assigned forwards Sean Malone and Alexander Nylander to the Rochester Americans. The prospects have missed all of training camp with injuries.

The Sabres have 25 players – 14 forwards, nine defensemen and two goalies – left in camp. They must reach the 23-man roster limit by 5 p.m.

Update: Falk and Rodrigues have been placed on IR.