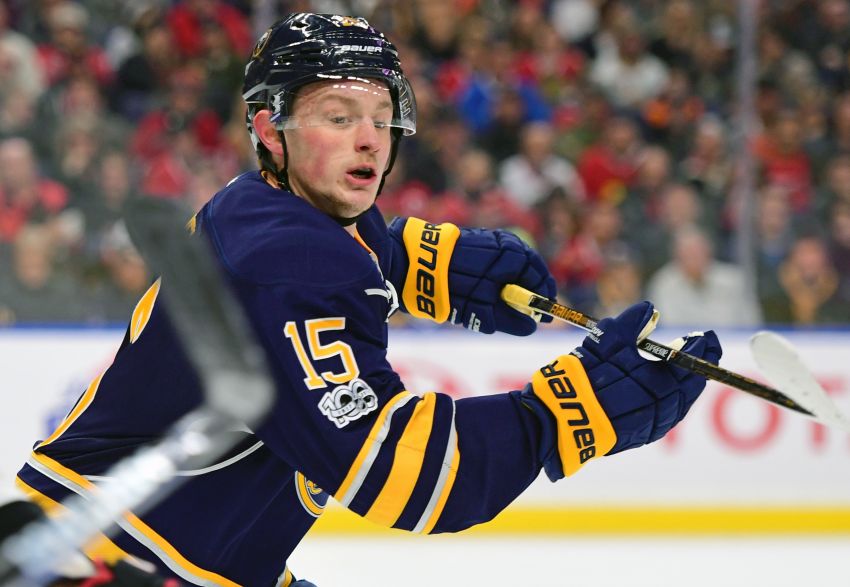 BUFFALO – The Sabres and center Jack Eichel are close to finalizing the largest contract in franchise history, an eight-year extension worth around $80 million, according to multiple reports.

Update: The Sabres have officially announced an eight-year, $80 million extension for Eichel.

Update: An eight-year, $80 million contract is complete, according to TSN’s Darren Dreger.

A yearly value of $10 million or so puts Eichel in line with some of the NHL’s other dynamic young stars. Edmonton Oilers center Connor McDavid, the youngster picked ahead of Eichel in 2015, inked an eight-year extension worth $12.5 million a season earlier this year. Chicago Blackhawks forwards Patrick Kane and Jonathan Toews both average $10.5 million a season.

Eichel, the face of the Sabres, has 48 goals and 113 points in 142 career NHL games. He said in early last month he was “adamant” about staying in Buffalo.