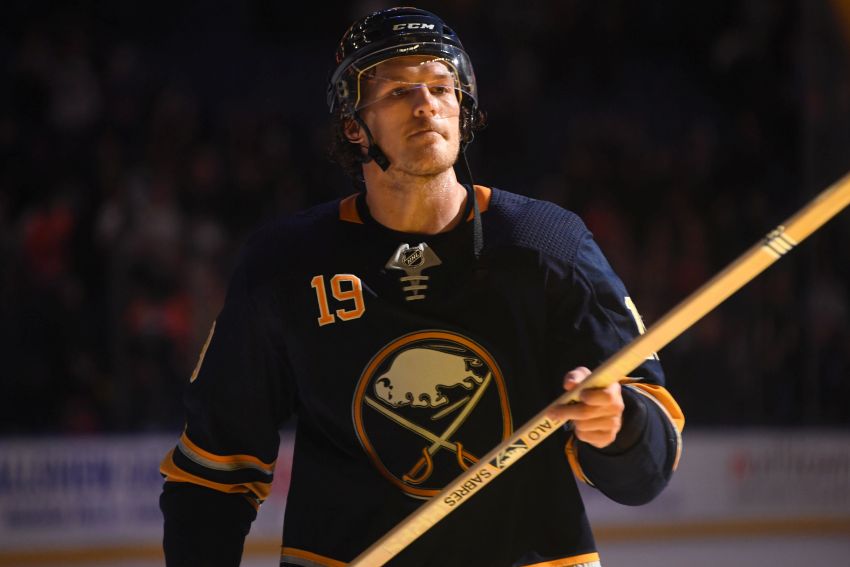 BUFFALO – After skating with his teammates for the first time this morning since suffering an upper-body injury Nov. 29, Sabres defenseman Jake McCabe figures he can return by the weekend.

McCabe, who will miss his ninth game tonight, has skated eight of the last nine days, only taking Monday off.

While McCabe only has one team session under his belt – a light morning skate as the Sabres prepared for the Florida Panthers – he has spent the last week going through rigorous on-ice workouts from Dennis Miller, who rehabilitates the Sabres’ injured players.

When injured players return, they often sing Miller’s praises. He prepares them well for game action.

“I’m coming back, I’m ready to go,” McCabe said inside KeyBank Center. “It’s not one of those things where you try to ease yourself back into it. We’re working our (butt) off out there and we’re battling so when I come back it’s a seamless transition.”

McCabe said Miller is “one of a kind.”

“I don’t think (there’s) anybody in the league like him, so we’re lucky to have him here,” McCabe said. “He doesn’t a really great job of preparing us to get back with the team.”

In other news, the Sabres, who have 15 more points than the Panthers, have lost six straight to their Atlantic Division rival. The Panthers defeated the Sabres 3-2 in overtime on Nov. 30. The Sabres have never lost seven consecutive contests to the Panthers.

The Panthers rank dead last in the division, meaning the clock is ticking if they want to get make a playoff push. They beat the Toronto Maple Leafs 4-3 in overtime on Saturday.

“If you watched the Toronto game, they’re a very desperate team right now,” Sabres coach Phil Housley said. “They understand time is not on their side and we have to plan it accordingly.”

The Panthers’ first line of center Aleksander Barkov, Mike Hoffman and Jonathan Huberdeau is quietly one of the NHL’s best. The trio has combined for 38 goals and 100 points.

Barkov might be the league’s most underrated and complete center.

“Barkov’s a terrific 200-foot center,” Housley said. “That’s a challenge. We got to know when those guys are on the ice.”

The Sabres, who beat the Boston Bruins 4-2 on Sunday afternoon, have been getting huge contributions from the top line of center Jack Eichel, Jeff Skinner and Sam Reinhart.

But the secondary scoring has been, well, light. So Housley flipped the centers on his second and third lines this morning, putting Casey Mittelstadt between Evan Rodrigues and Jason Pominville and Vladimir Sobotka with Conor Sheary and Kyle Okposo.

“Just trying to look for some chemistry and balance,” Housley said. “Obviously, Jack’s line has been terrific for us contributing offensively. We’re just trying to give a different look, a fresh look, and see where it plays out. I think they’re very well balanced.”