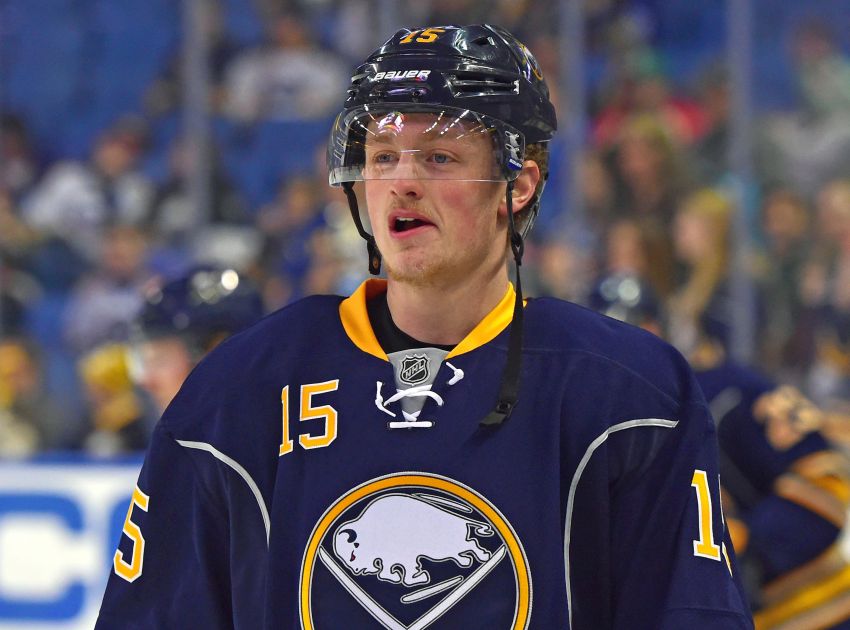 OTTAWA – The 21-game wait is over. Buffalo Sabres center Jack Eichel, sidelined by a high left ankle sprain for almost seven weeks, will make his season debut tonight against the Senators at the Canadian Tire Centre.

Eichel can still feel the injury he sustained late in practice Oct. 12, the eve of the season opener. Still, it doesn’t restrict the second-year star.

It will be there for a while.

Eichel added: “It’s not going to be 100 percent back where you completely forget about it. … That’s something that I kind of just learned to live with.”

Living without Eichel has been difficult for the last-place Sabres, who are 2-5-3 in the last 10 games, a stretch in which they’ve only scored more than two goals once.

Their anemic, NHL-worst offense has only scored 38 goals this season, just 1.8 a contest.

Eichel will center Evander Kane and Sam Reinhart, his linemates from late last season. With that scoring trio back intact, other players can move around.

“It makes a lot of other people better in our lineup, not just from his linemates, Sam and Evander, but throughout the whole lineup,” Bylsma said. “We’ve had that feeling the last few days in practice, that you feel a lot better about where you’re slotted, where you’re playing. It’s had an effect on our team.”

“I hope it’s not going to be 23 minutes of ice time tonight,” Eichel said. “It’s going to be gradual, his step back onto his role on our team.”

Being away from game action was the toughest part for Eichel during his absence.

“That’s obviously the hardest part is not being able to play,” he said. “You work all summer, try to hit the ground running and you’re excited about a season, it’s your second year and you’re looking forward to it.”

– Sabres goalie Robin Lehner will make his 16th start this season tonight. The Swede is 2-0-2 with a 1.30 goals-against average and a .930 save percentage against the Senators, his former team.

“It’s starting to become another game,” Lehner said about facing Ottawa. “I still have a lot of friends on that team that I like to say hi to, talk a little bit to, see some of the guys. But it’s a little bit of history here. I enjoyed my time here.”

One thought on “Sabres’ Jack Eichel ready for season debut”