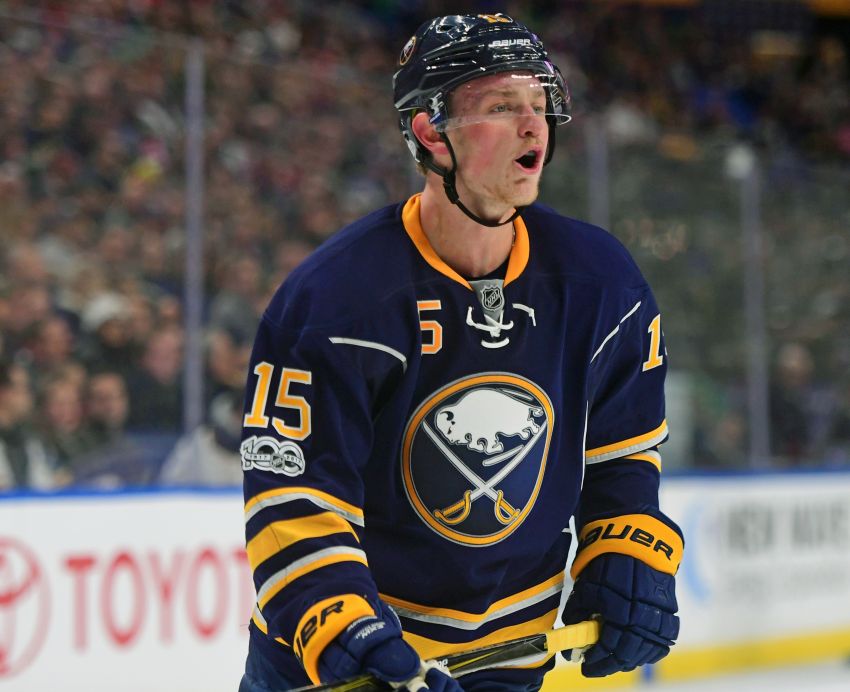 BUFFALO – In his first two seasons, Sabres center Jack Eichel has quickly morphed into one of the NHL’s most dynamic talents, compiling 48 goals and 113 points in 142 outings.

At just 20 years old, he is the face of the franchise, often an electrifying presence and a potential superstar. In the near future, the former second overall pick should sign a long-term contract worth perhaps $10 million a season.

Still, Eichel believes he has “a lot of prove.”

“I just need to step up around the room, on the ice, big situations for our team, do more, prove that I could be our go-to guy.”

So why, despite a strong resume, does Eichel believe he has proven nothing?

“If you look at what I’ve done, it hasn’t been a whole lot, two mediocre seasons on a losing team,” he said.

The Sabres, of course, haven’t made the playoffs since 2011. They’re coming off a disappointing last-place finish that cost general manager Tim Murray and coach Dan Bylsma their jobs.

Eichel took the losing hard, and his frustration was visible throughout the lost season. By the end of the campaign, he was seething.

“It’s an opportunity to hit the ground running,” he said.

The fast style Housley wants to showcase should allow Eichel to utilize his speed and skill more often than a year ago.

“That’s my game,” Eichel said of speed and skill. “Obviously, the way that Phil wants to play is right up my alley, so I’m excited for it. D down the walls, D in the rush, that’s me. That all sounds good.”

Check back later for MUCH MORE from the first day of camp.

One thought on “Sabres’ Jack Eichel on first two seasons: ‘I’ve proven nothing’”