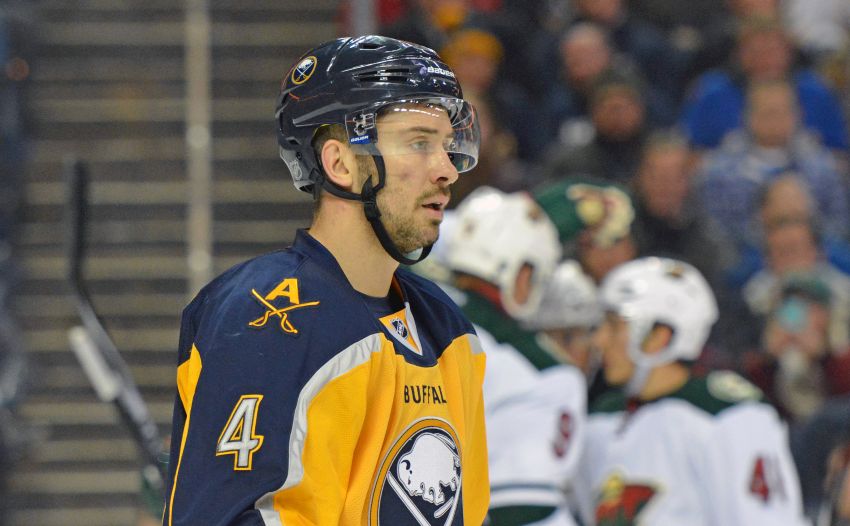 BUFFALO – At this point, with the Sabres’ franchise-long losing streak at nine games and counting, it’s fair to wonder if the hapless team will win another game this season.

The Sabres are awful, a disaster by any standard.

In a season full of ugly, ugly defeats, the Sabres hit rock bottom in Thursday’s disastrous 7-0 loss to the reeling Minnesota Wild before 18,963 fans inside the First Niagara Center.

A team that had lost six straight games and 12 of 14 utterly annihilated the Sabres all night, dominating them in every facet.

The Wild outshot the Sabres 15-3 in the opening period and scored twice, sealing the contest early.

“You got to be a man, you got to man up. You got to play with pride every shift.”

Opponents pounce on the Sabres at the get-go most nights, a disturbing trend they can’t correct.

Why aren’t they prepared for games?

“There’s no excuse for it,” Sabres defenseman Josh Gorges said quietly. “There’s no reason that this should happen over and over and over. Once or twice or year maybe you come out flat, you’re not ready. We got to find answers.”

The Wild scored three times in the second period and twice in the third period.

“I think we’re all embarrassed,” Nolan said. “We said that after the first period, we said it after a couple games. You got to be embarrassed.”

Opponents have outscored the Sabres a staggering 39-9 during the wretched stretch.

Just a reminder, the season ends in 85 days.

What would Ennis say to the frustrated fans?

“Thanks for continuing to come,” he said. “That they’re not booing louder and throwing things on the ice shows how nice they are, because I think if I was in their situation, I’d be a lot more upset than that. We deserve every boo.”

Gorges added: “Losing is hard enough when you lose a tight game. When you get blown out, you get embarrassed in your own building, I feel bad for the fans that come here, support us, and we go out there and have an effort like that in front of them. They don’t deserve that. They deserve better.”

To Ennis, the Sabres hit their nadir Thursday.

“It has to be,” he said. “That’s a struggling team. They came in having to win. That’s how you got to play when you got to win.”

How do the Sabres pull themselves out of the abyss?

“There’s not going to be one guy that comes here and everything magically changes,” Gorges said. “Collectively, we have to decide if we’re going to be a team or not. We talk about this day in and day out, but talk is cheap.”

So is talk about the Sabres’ torrid 10-3 stretch in November and December.

“We keep talking about a month ago we won games, and that doesn’t win us games today,” Gorges said. “We have to understand every night it’s going to be a challenge. I mean, it’s going to be a battle. We got to be prepared for that.”

The Sabres have “been having talks every day,” Ennis said, yet they’ve yielded zero no results.

“There’s been yelling and screaming,” he said. “Right now, it just comes down to being better individually.”

For the time being, the Sabres, who haven’t won since Dec. 27, are in 29th place overall.

“This situation we got going here on a rebuild, there’s going to be nights like that,” Nolan said. “Everything that could go wrong went wrong. We had a meeting specifically to talk about those things.”

Goalie Devan Dubnyk had an easy 18-save shutout in his Wild debut. Former Sabres captain Jason Pominville had three assists.