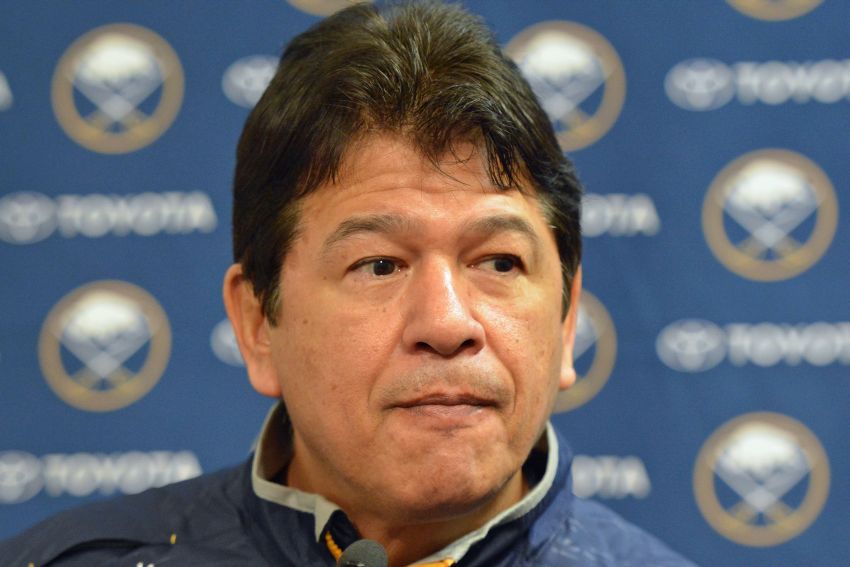 BUFFALO – The Sabres have lost a franchise-record nine consecutive games and 31 of 45 this season. They rank 29th overall and dead last or close to the bottom in every major statistical category. They just lost 7-0 to a reeling Minnesota Wild team, their worst home defeat since 1977.

Very few expected the Sabres would be good. But most expected they would at least compete hard most nights, something coach Ted Nolan’s teams are known for doing regularly.

Does Nolan fear he could be fired if things don’t change soon?

“I’ve never feared my position in the NHL,” Nolan said this afternoon inside the First Niagara Center. “I never did in my life, because the only thing I know how to do is do what I do, and sometimes it’s good enough, sometimes it’s not. I’m not here to do anything but trying to get this team playing better and trying to get some of our younger players doing the right things in order for them to be better.

Check back later for more on Nolan, who put the Sabres through a grueling 35-minute practice with no breaks today, skating them up and down the ice. The Sabres practiced without a puck for much of the session, making “imaginary” plays.

“It’s not punishment, it’s what we have to do,” Nolan said. “We have to get pucks the pucks in deep. We have to get back, we have to change properly. Even our line changes are soft. The way we attack the puck is soft.”

In other news, defenseman Mike Weber had a maintenance day today and should play Saturday against Philadelphia, Nolan said.

Center Marcus Foligno (hand) has also started skating on his own.