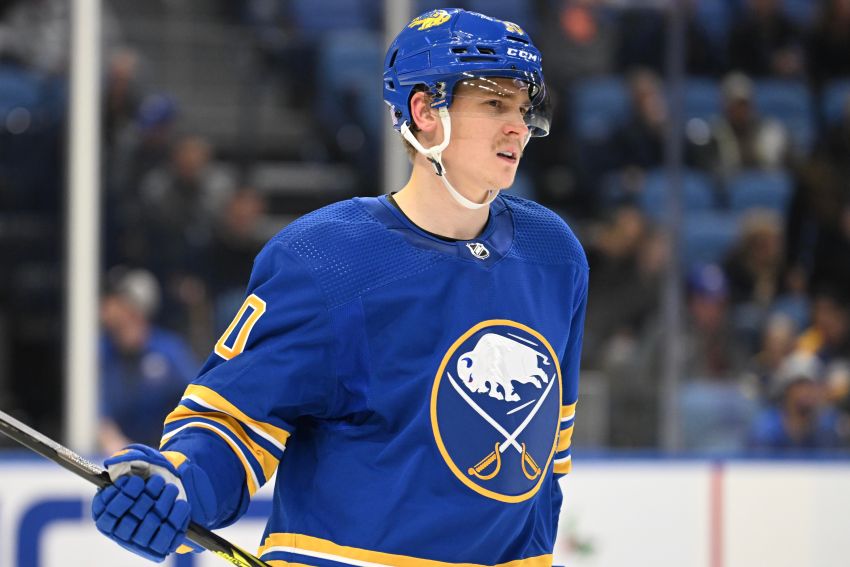 PITTSBURGH – Buffalo Sabres defenseman Henri Jokiharju suffered a lower-body injury in Friday’s 4-3 overtime loss to the Penguins and will be sidelined week to week.

Update: Clague will play and Pilut will be scratched for the second straight game.

Of course, losing Jokiharju hurts the Sabres badly. When an upper-body injury sidelined him 11 games earlier this season, the Sabres struggled. Defenseman Mattias Samuelsson was also sidelined then.

“It’s a challenge,” Granato said prior to tonight’s game. “Obviously, you lose a guy that is as steady as Jokiharju. We talked a lot about the absence of Samuelsson and the four guys we have are key guys that played lots and lots of minutes – obviously, (Rasmus Dahlin) and Sammy and Power and Joki. And you lose any one of your top four in this league, it’s tough, it’s a challenge, that’s a big void in the NHL. Just look through the league. So Joki’s in that category for us.

“I commend his effort last night. He could’ve come out of that game early in that game and he battled and battled hard. So we’ll miss him when he’s out.”

The Sabres recalled Murray because the NHL today suspended winger Jeff Skinner three games for cross-checking. Granato said winger Rasmus Asplund will move into the lineup tonight, while Murray could be scratched.

Murray, 24, has compiled nine goals and 15 points in 22 games with the Amerks this season.

The Sabres have placed Jokiharju and winger Vinnie Hinostroza, who’s been battling an undisclosed injury, on injured reserve.

Granato said Hinostroza is progressing and getting closer to playing.