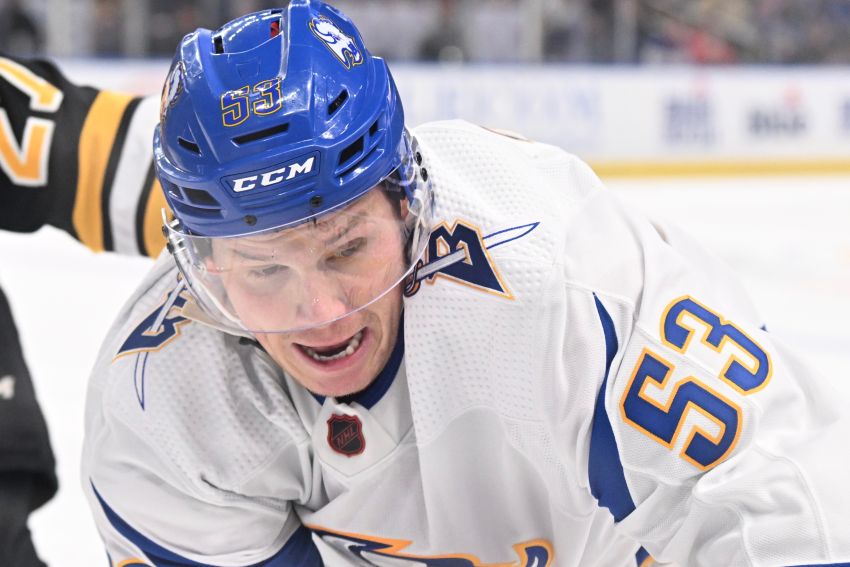 Skinner, whose 13 goals and 32 points are both tied for second on the Sabres, will miss tonight’s game against the Penguins, Tuesday’s home contest against the Los Angeles Kings and Thursday’s road game versus the Colorado Avalanche.

“It does disrupt the lineup, obviously, when you remove a player like that from a line that’s been playing that well,” Granato said prior to tonight’s game at PPG Paints Arena. “You can’t. There’s no reaction. We play tonight against Pittsburgh. You’ve just got to move right to it. …

“These things happen through the course of 82 games and you’ve just got to worry about what you’ve got full control over and that’s getting ready to play the next game.”

The genesis of the incident took placed with 22 seconds left in the third period, when Guentzel hit Sabres goalie Craig Anderson’s hand as he froze the puck. Skinner took umbrage and went after Guentzel.

After the players slashed each other, Skinner cross-checked Guentzel twice, the second time in the face.

Skinner received a five-minute match penalty, which triggers a hearing, and was ejected from the game. Jeff Carter scored on the ensuing power play.

Skinner, who had a hearing earlier today, had one prior suspension in his 880-game NHL career. He will forfeit $145,945.45 in salary during the suspension.

Granato said winger Rasmus Asplund, a healthy scratch the last five games, will play against the Penguins. Granato did not say which winger will move up to Skinner’s spot.