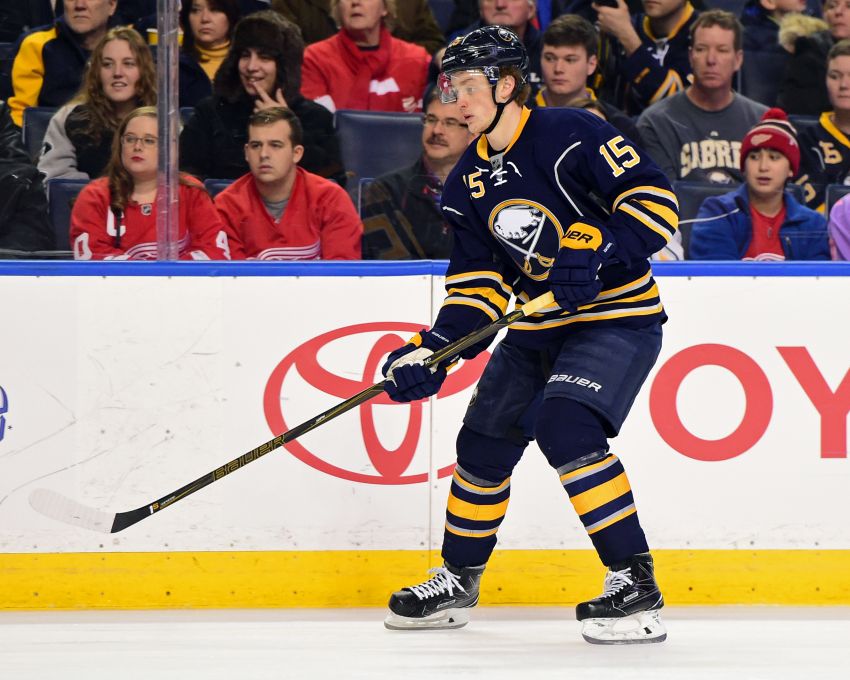 Following Lehner’s final rehab game Wednesday in Albany, the Americans had a long bus trip back to Rochester in inclement weather. The Swede only slept three hours before practicing with the Sabres.

It appeared the Bylsma might give Lehner, out since Oct. 8 with a high right ankle sprain, more time to rest before playing only his second game with the Sabres, especially with another game Saturday. But Lehner will start tonight against the Boston Bruins at the First Niagara Center.

“He slept a lot more last night than the three hours he slept after the Albany game, so he was a lot more fresh today and ready to go for tonight,” Bylsma said.

Backup goalie Chad Johnson, who made 42 saves in a 5-2 loss Dec. 30 in Washington, will start against the Capitals on Saturday.

Why did Bylsma pick Lehner for tonight?

Lehner said he’ll have a “little bit” of nerves tonight.

Bylsma said tonight’s lineup will be decided later, although based on the morning skate, defensemen Carlo Colaiacovo and Mark Pysyk will sit out again. Having won two straight games after losing six in a row, Bylsma doesn’t want to tinker.

Pysyk, a steady defender the Sabres missed for almost two months as he recovered from a broken foot, has been scratched both games since he was summoned from his conditioning assignment.

“He’s not going to have to wait for a loss to get in, though,” Bylsma said.

– Center Jack Eichel will face his hometown Bruins for the second time. The rookie dazzled in his first meeting Dec. 26 in Boston, recording a career-high four points – two goals and two assists – in the Sabres’ 6-3 comeback win.