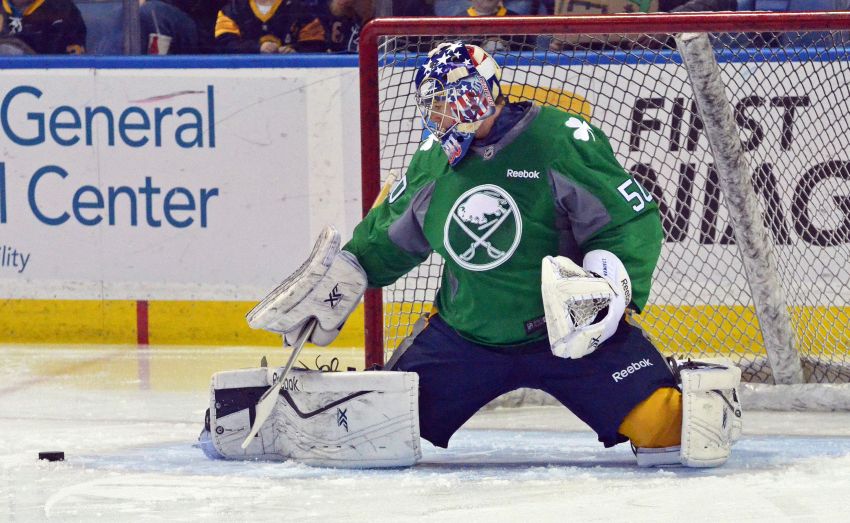 BUFFALO – To Ted Nolan, Nathan Lieuwen has the technical aspect of goaltending down. The Sabres coach just wants the 22-year-old rookie, who will start tonight against the New Jersey Devils, to be a little bit more aggressive in net.

“The one thing we always say with forwards, we want to see how competitive you are. And same thing with goaltenders,” Nolan said this morning inside the First Niagara Center. “You have to come out. You have to challenge. You have to get out like you want to stop the puck no matter where it’s at. So we want to see a little bit more of that.”

This will be Lieuwen’s third nod and fifth appearance. He hasn’t started since allowing four goals in a 4-2 loss in Vancouver nine days ago.

In other lineup news, forward Ville Leino (migraine) will return after a one-game absence. Winger Nick Deslauriers will sit after his wife gave birth Monday.