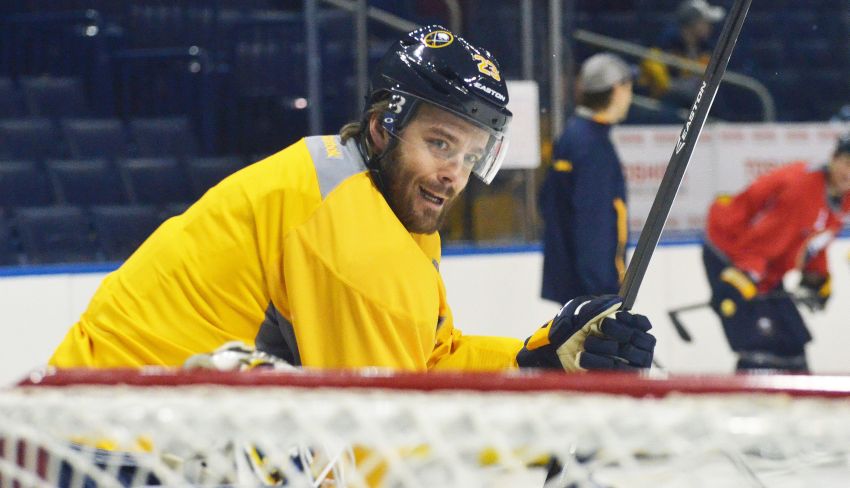 “Your eyes are on a delay and your mind or face or feelings come a little late,” Leino said after returning to practice inside the First Niagara Center.

Leino felt lightheaded before Thursday’s 6-1 loss in Nashville and left the game early. It took a bit to figure out what was wrong, the Finn said.

Finally, an eye doctor told Leino a lot of people ages 20-40 have been experiencing the same thing.

“There’s no issues,” Leino said. “It kind of goes away. I’ve been feeling better every day.”

He added: “It was a little scary, though.”

Leino, who has zero goals in 52 games, doesn’t know if he’ll play Tuesday against New Jersey.

One thought on “Sabres’ Ville Leino OK after ‘scary’ migraine”