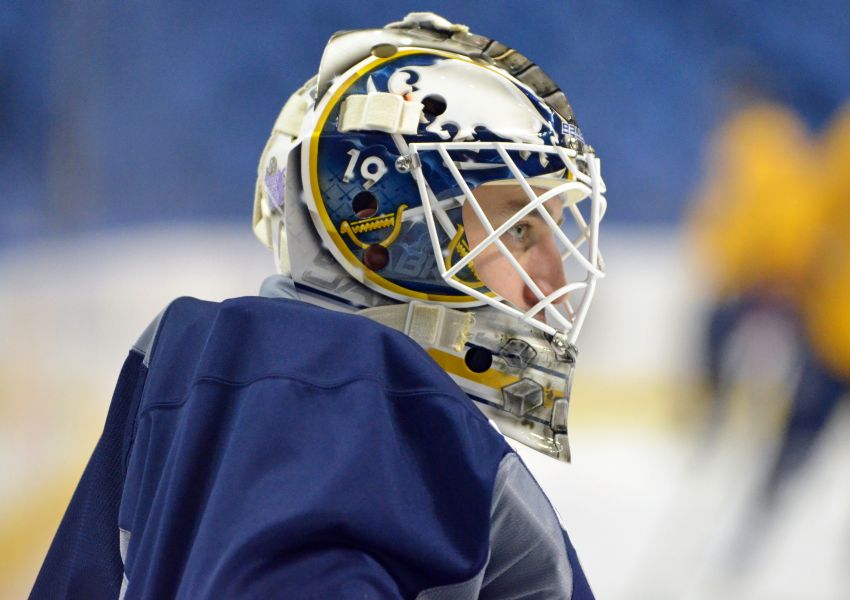 MONTREAL – Shortly after he took over the Buffalo Sabres, interim coach Ted Nolan said he wanted to play franchise goalie Ryan Miller as much as he could. Sure enough, backup Jhonas Enroth sat two weeks between starts.

But Enroth’s 23-save performance in the Sabres’ 1-0 overtime loss last Saturday in New Jersey impressed Nolan, who didn’t like the Swede’s first start Nov. 16.

Enroth will start tonight against the Canadiens, a team he’s 3-0 against with a 2.33 goals-against average and a .922 save percentage in his career.

“Talking to Ryan and rest and how he feels, we had a nice meeting with the goaltenders about a week ago,” Nolan said this morning inside the Bell Centre. “We kind of mapped out a game plan. It’s always subject to change. The way Jhonas played last game, I have no hesitation putting him back in today.”

The Sabres will make at least one lineup change, putting center Brian Flynn, a healthy scratch last game, back in. It’s unclear who will sit. Tough guy John Scott left the Sabres’ optional morning skate early, so he could be playing.

The Canadiens will reportedly be dressing their enforcer, George Parros. But Nolan said that won’t influence his lineup.

“I’m not concerned with Montreal, what they have in the lineup,” Nolan said. “We’ll make our lineup according to what we feel is good.”

A strong start would feel good for the Sabres, who have been outscored a stunning 34-6 in the first period this season. It won’t be easy inside arguably the NHL’s toughest and loudest building.

Related: Franchise goalie Ryan Miller will judge Sabres on actions, not words: ‘I’m not going to sit around and let promises get thrown around’