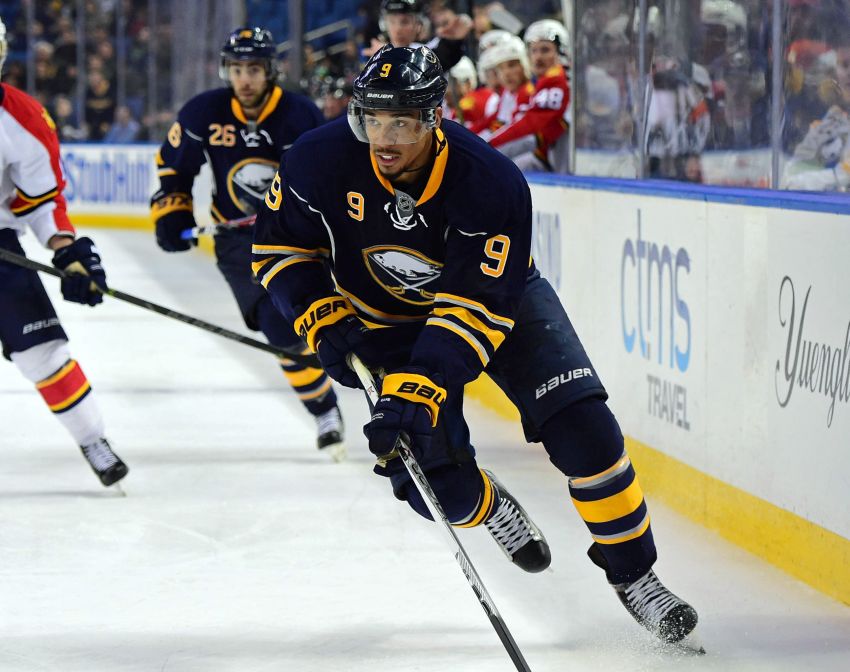 Calling his actions “irresponsible,” Buffalo Sabres winger Evander Kane said Tuesday he had apologized to his teammates for oversleeping and missing practice a day earlier after partying at the NBA All-Star Game in Toronto.

The Sabres benched Kane for Tuesday’s road contest against the Ottawa Senators, the only game the 24-year-old will sit out, coach Dan Bylsma said Monday.

“First and foremost, I want to apologize, obviously, to my teammates for letting them down,” Kane told a throng of reporters after participating in the Sabres’ optional skate inside the Canadian Tire Center. “Obviously … I take full accountability for my actions with what happened.”

After scoring a goal in the Sabres’ 4-1 home win against Colorado on Sunday afternoon, Kane flew to Toronto. He posted video of the game and the surroundings on Snapchat and also of himself and some friends drinking and partying in what appeared to be nightclub.

A “disappointed” Bylsma said Kane called him and general manager Tim Murray on Monday morning and told them he wouldn’t be coming to practice. Kane wouldn’t say when he traveled back from Toronto.

Kane addressed his teammates Monday when the Sabres arrived in Ottawa, something he called the “hardest thing” because he “let them down.”

“I couldn’t have asked for much more from them than the reception I got from them and just how supportive they were,” he said.

Bylsma told reporters Tuesday that Kane is “on the same leash everybody else is.”

Kane uses social media frequently for an audience of hundreds of thousands between his Instagram, Snapchat and Twitter accounts. By early Monday afternoon, the video from Toronto had been shortened. Several parts, including an empty bottle of Cognac, had been taken out.

Will Kane curtail his social media use now?

“There were some things, obviously, this weekend that shouldn’t have happened,” Kane said. “As I just said, they won’t be happening again and I can assure you guys of that.”

The Sabres, of course, knew Kane came with baggage when they acquired him from Winnipeg last year. Still, he transitioned smoothly to the Sabres earlier this season after wearing out his welcome with the Jets. Now, he’s gotten into trouble twice in less than two months.

Kane was asked if he takes hockey seriously.

“If you watch me play on the ice, I do take hockey seriously,” he said. “I think I can take it more seriously and I think going forward you’re going to see that out of myself.”