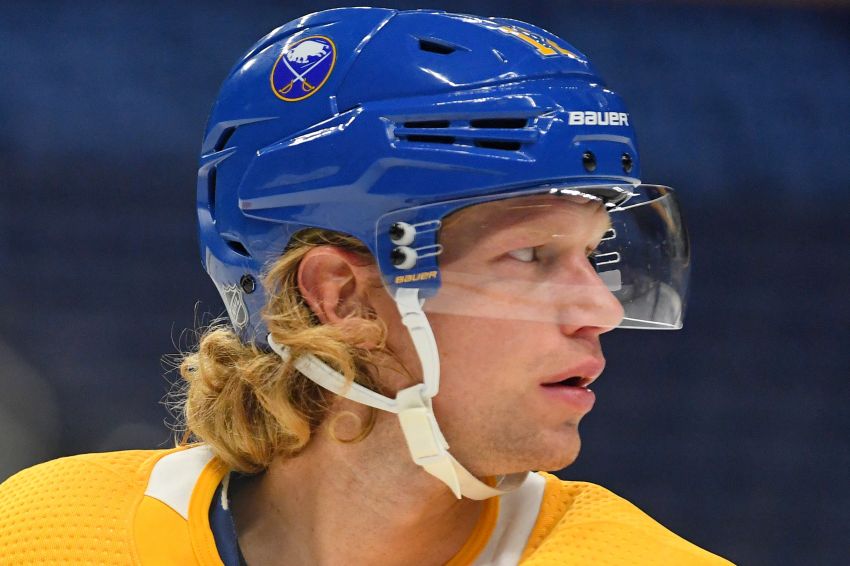 Coach Ralph Krueger had no update following the game on Staal, who was acquired from the Minnesota Wild on Sept. 16 to center the second line.

“I saw what you saw,” Krueger said on a Zoom call. “We’re just assessing him. It’s one of those where it’s definitely in a day-to-day status and we’ll see how he is in the morning.”

Halfway through the third period, after Staal backhanded the puck into the Washington zone at center ice, Dowd hit him high.

“I just saw Eric do a helicopter, which is usually a sign of a hit to the head,” Sabres defenseman Jake McCabe said. “As we all saw on the replay, it was definitely to the head and pretty dirty.”

“Quite surprised that a hit to the head gets two minutes,” Krueger said.

Replacing Staal, 36, would be difficult. The veteran gives the Sabres their first legitimate No. 2 center to play behind Jack Eichel since they traded Ryan O’Reilly in 2018.

The Sabres could promote third-line center Cody Eakin or shift Dylan Cozens, a natural center, back to the middle. Cozens, 19, played right wing Thursday in his NHL debut.

“He’s a big part of our team not only on the ice but off the ice,” Sabres winger Taylor Hall said. “He’s been around, he’s played over 1,000 games. He’s made a huge impact in this league and on our team already.”

The Sabres host the Capitals again tonight at KeyBank Center.

Eric Staal takes a shot to the head from Dowd #LetsGoBuffalo #ALLCAPS pic.twitter.com/NcsxcOSO64