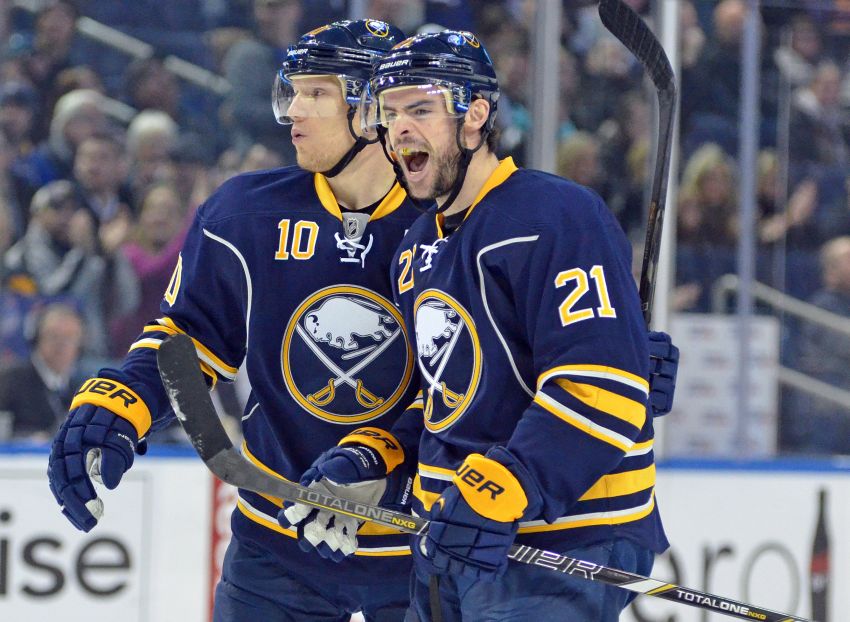 BUFFALO – To Sabres winger Drew Stafford, these past two months, highlighted by his current stretch of five goals in his last 10 games, have pulled him “out the abyss.”

Stafford was mired in an awful, career-worst slump when interim coach Ted Nolan replaced Ron Rolston on Nov. 13. The 28-year-old had eight goals in his last 66 games. He had lost his alternate captaincy. His ice time was dwindling.

Emotionally, everything was taking a toll on Stafford.

“We’re only human,” he said Wednesday after the Sabres, losers of four straight, prepared for tonight’s tilt against the Carolina Hurricanes inside the First Niagara Center.

Enter Nolan, who immediately awarded Stafford about 20 minutes a night on a scoring line, a no-brainer in his mind. As a veteran, Stafford, a 31-goal scorer in 2010-11, deserved respect and a clean slate.

“I think we all need someone to believe in us and give opportunities,” Nolan said. “If you don’t give opportunities, you never know. Drew’s a proven player. He’s played here for a while. I think he deserved all the respect a player of his magnitude deserves.”

This wasn’t an overnight turnaround, though. Stafford seized the opportunities, although he still couldn’t score. Recently, however, he’s been scoring and playing his best hockey in two years.

“He didn’t disappoint,” Nolan said. “He competed. It just didn’t go in for him. Now, last few weeks, the puck seems to be finding the back of the net.”

Stafford scored twice in the first period before assisting on Steve Ott’s late goal, his first three-point game since March 23, 2012.

Not surprisingly, Stafford scored both goals from the slot.

Yes, Stafford pulled himself out of the mega slump. But it’s unlikely he would’ve received these opportunities if Rolston had kept coaching the Sabres.

Stafford said the respect Nolan showed him “right off the bat, it felt good.”

Clearly, Nolan connected with Stafford right away. Stafford called him “one of those guys you don’t want to let down.”

How does Nolan show Stafford and the others respect?

“He’s an honest guy,” Stafford said. “He’s the kind of guy he’s not going to have any BS or real mind games or anything like that. He just lets you know exactly what he’s thinking and keeps things extremely simple, just go out and compete, go out and work. Everything else will take care of itself because this is the best league in the world.

“Everyone in this room, we’re in the NHL for a reason. It’s just a matter of playing to our strengths and making sure the compete’s there. It’s as simple as that.”

He added: “It’s mainly he puts guys in positions where they can feel comfortable enough in their own ability.”

All season, the Sabres’ No. 1 line has been, well, the first line in name only. But in recent games it has performed slickly.

Stafford has goals in two straight contests. Ennis has six points over a five-game streak. Moulson has two assists in the last three game.

“The combination of skill and playmaking translates well,” Stafford said. “I feel like I can make plays. But at the same time, if I get the puck in scoring areas, most of the time I’m going to make something happen.”

Stafford has been recently.