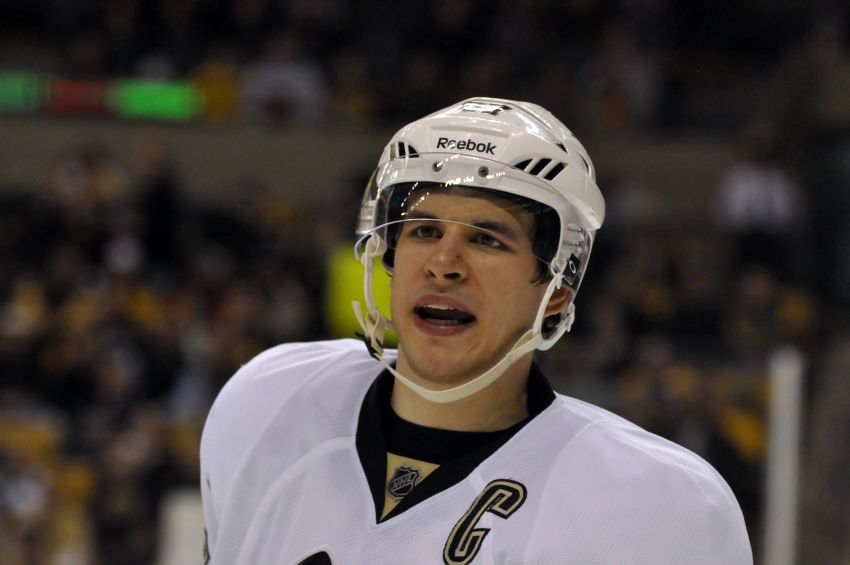 BUFFALO – Give it a shot. Try drawing up a better late-season NHL matchup. The Sabres’ tilt against the powerhouse Pittsburgh Penguins tonight could make for a wildly entertaining three hours inside the First Niagara Center.

This one promises to be action-packed and fun, folks.

The scorching Sabres, having climbed into eighth place Tuesday, are roaring toward another unlikely playoff appearance. They’ve won five straight games and seven of the last nine, piling up goals while stymieing the opposition.

It took about 70 games, but they’re performing like the dynamic club many anointed them during the offseason.

Meanwhile, the Penguins, owners of the league’s slickest offense, already have 100 points thanks to a recent 14-1-1 run.

Superstar Sidney Crosby, who sat for 10 months following a scary concussion, hasn’t missed a beat since returning from a “soft tissue” problem March 15. Tonight will be his first appearance here since Dec. 11, 2010 and only his 18th game this season.

With 47 goals and 100 points, Evgeni Malkin is the NHL’s most lethal threat and the frontrunner to earn the Hart Trophy for MVP.

And then there’s James Neal, who quietly has 37 goals and 78 points.

“It’s going to be an extremely fun game,” said Sabres defenseman Mike Weber, a Pittsburgh native who will replace Christian Ehrhoff tonight (knee) following a four-game absence. “There’s been a lot of them lately, so everything’s extremely important. It’s really playoff hockey right now. Teams are ramped up and playing extremely solid. We got to keep playing the way we’ve been playing.”

Sabres center Tyler Ennis added: “It’s going to be a good test for us. We’ve done a good job to get into this spot. We got to keep pushing. We can’t take our foot off the pedal.”

The Sabres haven’t taken their foot off the pedal much in the past nine weeks, going an incredible 19-5-5 since January 24. They have points in nine straight (7-0-2).

Two huge road wins in five days turned heads and served notice throughout the league. First, the Sabres downed the Rangers 4-1 on Friday in New York, and then they throttled the Capitals 5-1 on Tuesday in Washington to nab eighth place.

“We’ve talked about it for almost two months now, not getting too excited after wins and enjoying the win and putting it away,” Ruff said. “I think we’ve done a good job of that. We knew that that game (Tuesday) was … a four-pointer.

Even if the Sabres put their triumphs on the backburner, the good feelings they generate never leave completely.

“I think everyone’s having fun,” Ennis said. “Everyone loves winning and … we’re playing well right now. … You know it’s a confident bunch. When you get on the ice, it’s fun to be out there, so guys are joking around.”

But to a man, the Sabres will tell you their run hasn’t yielded anything yet. Four games remain after tonight. Washington also has 86 points but has played one more game. The Sabres have little margin for error.

“That’s very true. We haven’t done anything yet,” Weber said. “We’ve made a lot of strides in the right direction. I think the fun you’re seeing on the ice is us just kind of (taking) a rest day. It’s nice to kind of have those fun days on the ice. …

“We all know starting now the whole focus is on the Pittsburgh Penguins.”

Much of the focus will be on Crosby, hockey’s biggest name.

Crosby has four goals and 25 points this season. No matter how long the 24-year-old sits, he comes back at an elite level.

“He’s the best player in the league for a reason,” Ennis said. “Everybody knows how hard he works and how committed he is and just how good he is. So I don’t think anyone was really surprised that he came back and picked up right where he left off.”

Ruff added: “A dynamic skater. He makes plays sometimes you wouldn’t expect from real tight areas. He’s a great player. I don’t think there’s a lot of difference. I think he’s made them a better team.”

Weber said his father told him Pittsburgh’s a better city when Crosby’s playing.

“I sense that it’s more exciting,” said Weber, who roughed up Crosby during his last visit. “While Crosby’s been off they’ve had Malkin having a career year. (There’s) always excitement in that city when you’ve got as good a team as they do.”

Notes: Sabres winger Nathan Gerbe (muscle pull) still isn’t ready to play. “He’s kind of stuck in that 80-90 percent but hasn’t gotten over that hump yet,” Ruff said. “We’re hoping that one of these days it just clicks in.” Center Derek Roy, who’s been feeling sick, practiced Thursday and should play tonight. … With goalie Ryan Miller off the ice Thursday, the Sabres propped two pads against some wood in the empty net. “A little stiff, wasn’t he?” Ruff joked about the goalie. … The Sabres have officially announced the signing of University of Maine forward Brian Flynn to a one-year, entry-level contract. He’ll play for Rochester this season on an amateur tryout. The 23-year-old’s 6-foot-1 and 185 pounds.