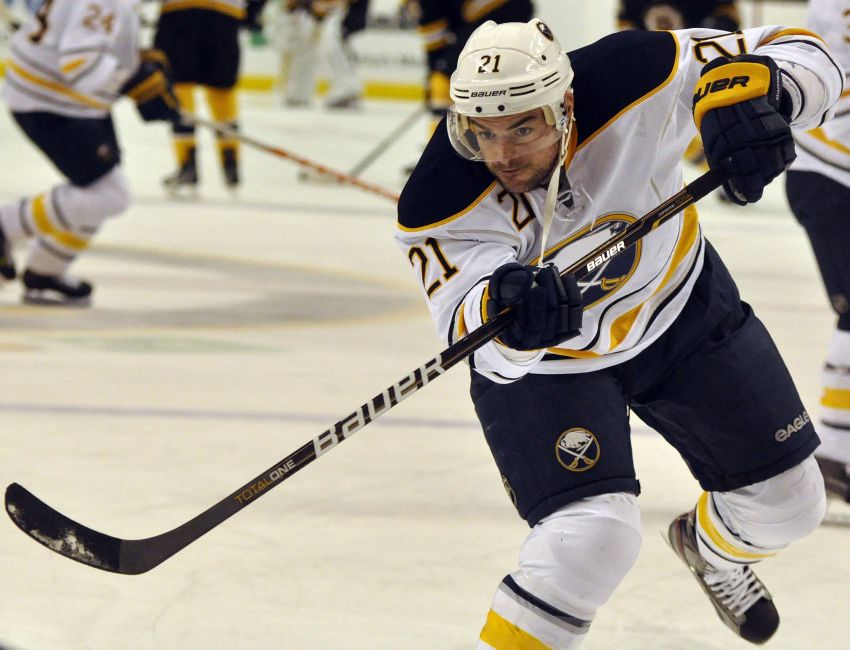 BUFFALO – The thinking went like this: Drew Stafford, fresh off a breakout offensive campaign, was a cinch for another big season. After all, the Sabres winger tallied 31 times in only 62 games last year.

Perhaps he could hit 40 goals. The 26-year-old had arrived as an NHL star, right?

With two goals in the Sabres’ huge 5-1 triumph Tuesday in Washington – a win that moved them past the Capitals into eighth place, the Eastern Conference’s final playoff spot – Stafford has six scores and 14 points in the last eight games.

But what happened from October through February, when Stafford morphed into a gigantic bust after inking a four-year, $16 million contract during the offseason? Why couldn’t he build on 2010-11?

Stafford had a poor training camp, Sabres coach Lindy Ruff has said. Then, following three goals in the first four games, Stafford basically went dark until about a month ago.

“Sometimes you have a season like you did and you expect it to happen again,” Ruff said. “I think sometimes you look at the outside. You got to look at yourself in stretches like that, ‘Am I doing enough on the ice. Am I shooting enough?’

“In some of the key situations I thought he didn’t shoot. (There were) two-on-ones where I thought he was point-blank and made plays that didn’t turn into goals.

“It’s a good learning experience for him. I didn’t think he handled it that well.”

Stafford, who can be upfront about his struggles, didn’t want to revisit them much. He believes he’s better at handling adversity today, however.

Stafford said it’s “hard to really put a finger” on what went wrong. Not surprisingly, his slump ran parallel to the Sabres’ long one much of the year. He understands some of the negativity and frustration that had crept into the dressing room can be traced to his poor numbers.

“There’s a lot of expectations for me to continue what I did last year,” Stafford said. “Sometimes they go in, most of the time they don’t. You have to really sure you stick with it and kind of ignore the noise, just kind of make sure you’re still working. …

“It’s the worst feeling because you’re losing as a team. You feel as though you could help the team get out of that if you were scoring. That’s how I felt. But it doesn’t matter anymore because we’re sitting really good and things are going real well.”

Ruff also ties Stafford’s turnaround to the slick line he created prior to the Sabres’ 4-3 shootout win March 10 in Ottawa.

“The chemistry on that line has a lot to do with it,” Ruff said. “That line has really fed off of each other. It’s had a lot of good things going on. I think Tyler in the middle has really opened up some ice for him, made some nice plays.”

They make a lot of nice plays, in fact. There’s a running joke among teammates about all the two-on-one breaks they generate. Stafford scored on one Tuesday. They’ve combined for 17 goals and 40 points.

“Try to win my battles and get open, shoot the puck when I can,” Stafford said about his role. “Obviously, Tyler’s got the speed and the agility to kind of weave in and out, make plays. Marcus is a big body. He’s not going to get knocked around too much. He’ll win battles. I kind of see myself maybe a combination of both of them.”

Stafford added: “Right now, yeah, things are going great. I’m trying to ride this wave as long as I can.”