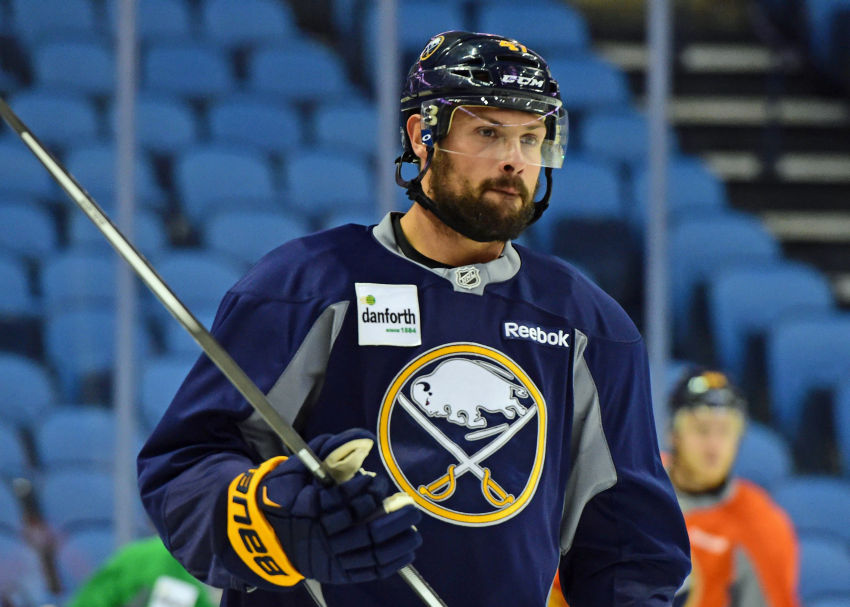 BUFFALO – Some quick updates from HarborCenter, where the Sabres practiced about an hour before catching a flight for their two-game Florida road trip:

– Captain Brian Gionta, out the first three games with a lower-body injury, skated this morning beside center Jack Eichel and Evander Kane. He’s questionable for Thursday’s tilt against the Florida Panthers.

– Defenseman Zach Bogosian, out with a lower-body injury since the beginning of training camp, practiced for the first time today in a non-contact role. Bogosian is progressing and will make the trip, coach Dan Bylsma said.

Update: Donovan has been sent to the Amerks.