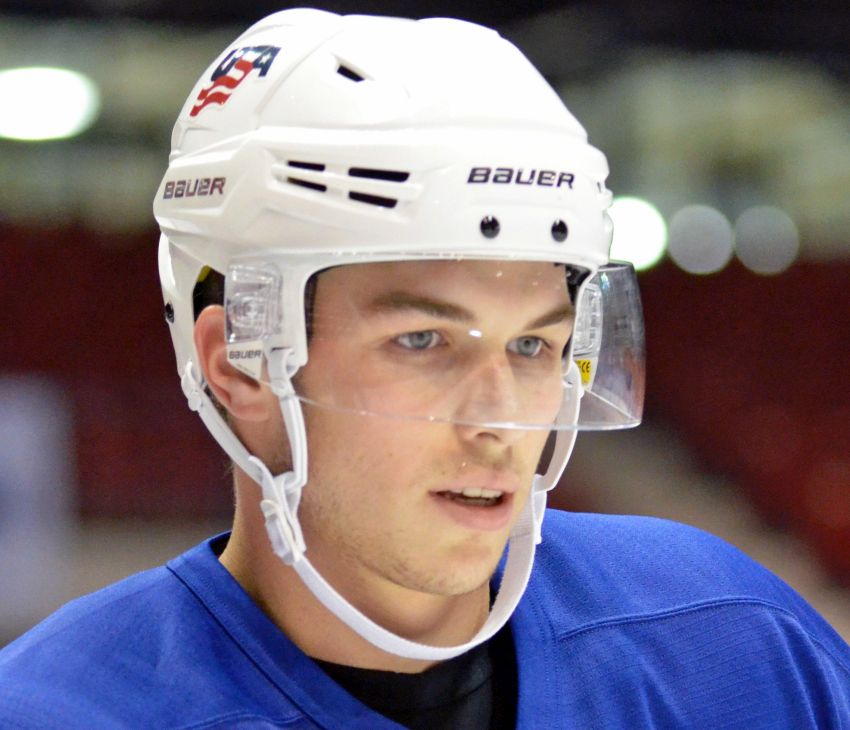 BUFFALO – As a junior at Boston University in 2014-15, forward Danny O’Regan enjoyed a monster season, scoring 23 goals and 50 points in 41 games as the Terriers came within a whisker of a national title.

You might’ve heard of his linemates that year: Jack Eichel and Evan Rodrigues, two current Sabres. With O’Regan at left wing, they formed perhaps the NCAA’s most lethal trio.

The 5-foot-10, 185-pound O’Regan, 24, was the only player the Sabres acquired Monday in the Evander Kane trade with the San Jose Sharks.

“We are very impressed with his skill level, certainly his hockey sense,” Sabres general manager Jason Botterill said Monday inside KeyBank Center after the 3 p.m. trade deadline passed. “You look at last year, the success he had in the American Hockey League, we think he’s ready to make the jump here.”

The American acclimated to pro hockey quickly as a rookie, scoring 23 goals and 58 points in 63 games with the San Jose Barracuda. He has seven goals and 25 points in 31 AHL games this season.

O’Regan has compiled one goal and five points in 22 NHL games over the last two years. He played 19 contests with the Sharks this season.

San Jose drafted O’Regan in the fifth round, 138th overall, in 2012. He has one year left on his entry-level contract.

The Sabres sent winger Nick Baptiste and defenseman Casey Nelson to the Amerks in paper transactions Monday so they’re eligible for the AHL playoffs. Botterill said the youngsters will stay with Sabres.