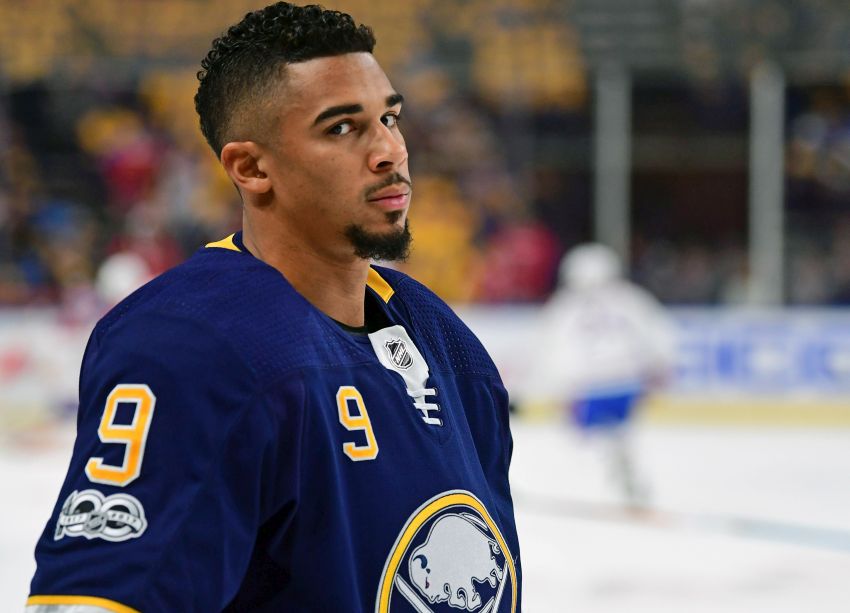 So why did Botterill trade Kane to the San Jose Sharks shortly before today’s 3 p.m. deadline for two conditional draft picks – one could become a first-rounder, although that seems unlikely – and a marginal prospect?

“As a result of where we are in the standings, we have to make changes to our organization,” Botterill said this afternoon inside KeyBank Center shortly after completing his only trade. “The group that we have right now is not working.”

“I’m not putting all the blame on Evander Kane,” Botterill said. “There’s a lot of blame to go around – coaching staff, management, players. We have to be better in certain situations. The bottom line is the mix we had right now isn’t working, so we had to make adjustments.”

Fair or not, Kane has been perceived as a bad influence off the ice. Botterill said that wasn’t a problem. He said ownership had “zero” input on trading Kane.

So Botterill took it. The market for rental players was weak, he said, although the Winnipeg Jets packaged a first-rounder to the St. Louis Blues in their deal for center Paul Stastny.

“We are very impressed with his skill level, certainly his hockey sense,” Botterill said. “You look at last year, the success he had in the American Hockey League, we think he’s ready to make the jump here.”