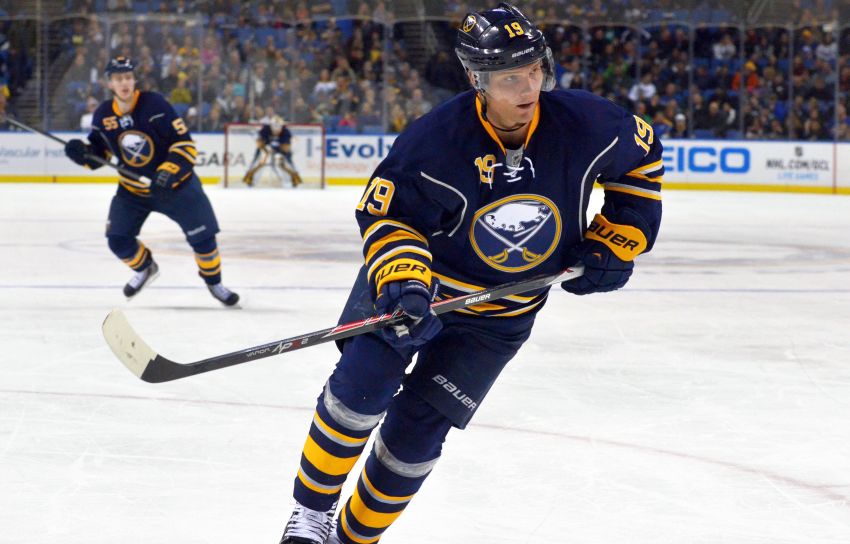 “I’m not going to discuss that,” Rolston said Monday inside the First Niagara Center after the Sabres prepared for tonight’s contest against the Los Angeles Kings.

“We’re going to move on from that,” said Moulson, who has two goals and six points in six games since his Oct. 27 acquisition from the New York Islanders. “Obviously, in sports you got to put things behind you pretty quickly.”

Rolston said about Moulson: “He’s a professional. He’ll be there.”

“That’s up to the coach,” the center said about sitting. “I just did my best to encourage the other guys.”

“I think it’s more of a combination of who’s going and who’s not going on a nightly basis,” he said. “We need our line to be going to have any chance of success.”

Johan Larsson and John Scott appear to be the spare forwards.

Starting tonight, all fans entering the FNC will be subjected to a handheld magnetometer screening, the Sabres announced Monday.

The club began using the wands on a limited basis last season. To further comply with NHL security policies, the screening has been expanded.