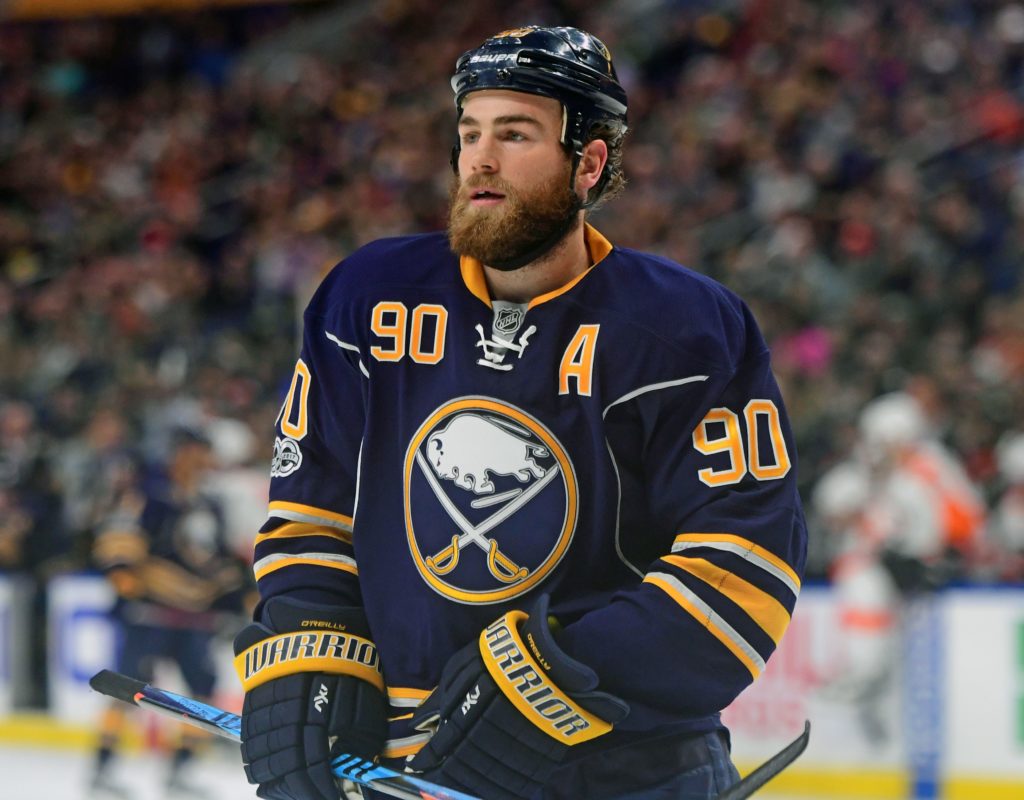 BUFFALO – Instead of using a temporary captain this preseason, Sabres coach Phil Housley has named three alternate captains each game.

A slew of players, including perhaps the top three candidates for the vacant captaincy – Jack Eichel, Kyle Okposo and Ryan O’Reilly – have worn an ‘A.’

Housley is in no rush to name a captain.

“We’re just going to wait,” he said this afternoon following practice inside HarborCenter. “This has only been a couple weeks for me really getting on the ice with these guys, getting to know them and seeing how they react and fit into the team. That’ll happen maybe after the preseason. I don’t have a definite answer for that.”

That, of course, begs the question, will the Sabres even have a captain this season? Housley said he doesn’t know.

Housley on if he’s dealt with anything relating to the recent protests by NFL players during the national anthem: “No, not at all, it really hasn’t been brought up, to tell you the truth. We’ll deal with that if that arises, but right now, guys have been really good about what we’re trying to accomplish here at training camp.”

Would Housley have a problem if a player wanted to protest during the anthem?

“I don’t know how to answer that because it hasn’t happened,” he said. “So I don’t have an opinion right now.”