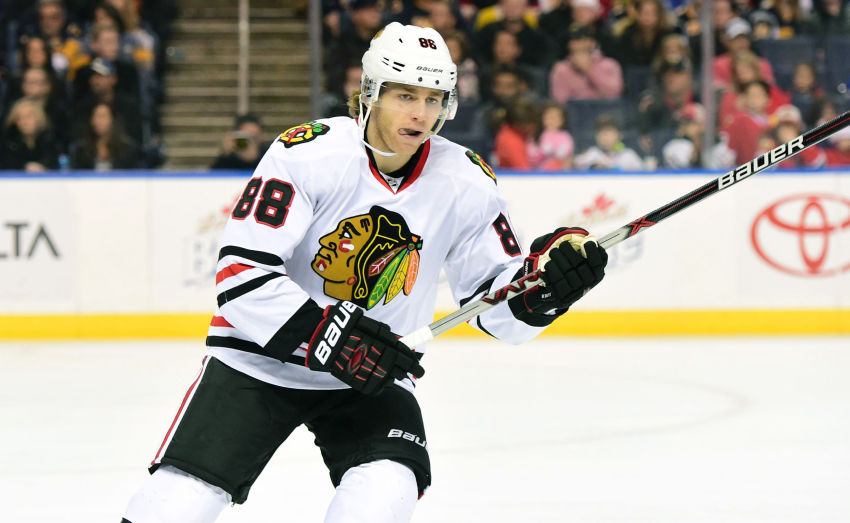 BUFFALO – The only cheers for Patrick Kane came before his starring role in the Chicago Blackhawks’ 3-2 win against the Sabres on Saturday, when the South Buffalo native was announced in the starting lineup.

Then a large portion of the 18,870 fans inside the First Niagara Center booed their hometown superstar all afternoon – from the first period until he scored the dramatic tying goal late in regulation and the slick shootout winner.

Kane, who’s enjoying an MVP-caliber season, played his first game here since a long investigation into an August sexual assault accusation in Hamburg resulted in no charges.

“I didn’t really have any expectations,” Kane said about the crowd. “Some of the guys were laughing on the bench saying I was getting booed, and some guys said I was getting cheered. You try to block that stuff out but you hear it as the game goes on, as it gets louder, as it comes down to crunch time. Sometimes it gets you into the game but nothing you expect them not to do.”

Clearly, it didn’t get to Kane, the NHL’s leading scorer this season. The winger was his usual clutch self, scoring his 20th goal and 48th point from below the right circle with 34 seconds left. He followed up with the shootout-clincher – a nifty backhander past Sabres goalie Chad Johnson – in the second round.

“I’ve had a lot of games in this building when I was a younger kid,” Kane said. “I can remember them booing Eric Lindros when he was on Philly and he got thrown out of the game with about 10 minutes left, and it wasn’t fun anymore to watch the game because no one was booing him.

“I’m on the road team. They are cheering for the Sabres.”

Saturday was Kane’s fifth game in Buffalo in nine seasons and his first since March 9, 2014. Despite the booing, No. 88 Kane Blackhawks jerseys were all over the crowd.

“It’s special every time you come back,” he said. “I pretty much grew up in this rink and have a lot of childhood memories. It’s fun playing, fun being in this building, lot of friends, lot of family, some 88 jerseys out there. Overall, when you get that finish and end up winning the game, it becomes a great day.”

Sabres winger Tyler Ennis returned Saturday after missing 12 games with an upper-body injury, skating 14 minutes, 59 seconds and registering one shot. Ennis played on the right wing with center Jack Eichel and Evander Kane and also manned a point on the power play.

Moulson had missed some scoring chances in front, where he’s at his best, the previous two or three games on the power play, Bylsma said before the contest.