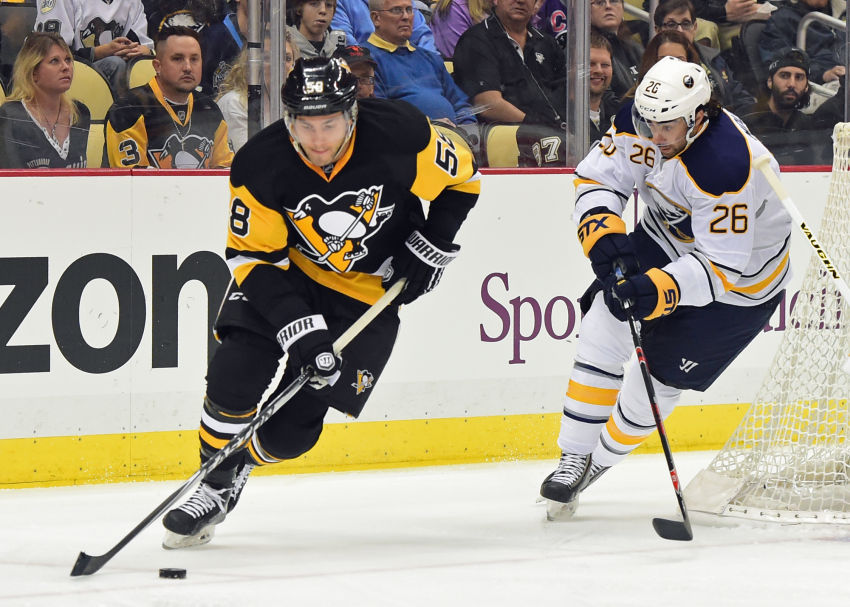 BUFFALO – Struggling Sabres winger Matt Moulson, who hasn’t scored a goal in 21 straight games, will skate on the fourth line this afternoon against the Chicago Blackhawks, coach Dan Bylsma said.

“He’s down on the fourth line,” Bylsma said inside the First Niagara Center. “That doesn’t really change what we need to see from him, what he needs to bring.”

Moulson, 32, needs to score goals. He has only four in 32 games. He hasn’t scored since Nov. 1. Remember, he’s in the second season of a five-year, $25 million contract.

Moulson has missed some scoring chances in front, where he’s at his best, the last two or three games on the power play, Bylsma said.

Bylsma said Moulson might also sub on the right wing for Tyler Ennis beside center Jack Eichel and Evander Kane. Bylsma wants to watch how much he plays Ennis, who’s returning after an upper-body injury sidelined him 12 games.