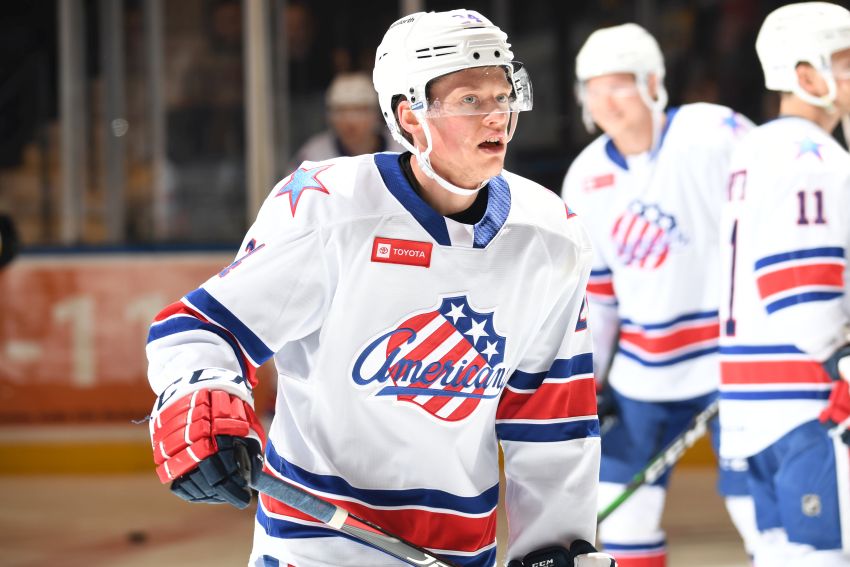 Pilut, who signed a two-year, entry-level NHL contract with the Buffalo Sabres in 2018, is a pending restricted free agent. The Sabres must give him a qualifying offer to retain his rights.

The Buffalo News reported last month Pilut would be leaving the Sabres for the KHL. It’s unclear if he can return to the NHL while under contract overseas.

Pilut, 24, quickly morphed into a top prospect following his arrival in North America from the Swedish Hockey League, forcing his way to Buffalo thanks to his dynamic offensive play with the Rochester Americans.

But the scoring prowess the 5-foot-11, 180-pound Pilut showcased in the AHL – 10 goals and 49 points in 67 games – did not translate to the NHL. The Swede compiled only one goal and six points in 46 contests with the Sabres.

In other news, Sabres forward Curtis Lazar has been nominated for the Masterton Trophy by the Buffalo Chapter of the Professional Hockey Writers’ Association.

After spending all but one game in the minors in the Calgary Flames organization a year ago, Lazar, 25, earned regular duty with the Sabres during the second half of this season.

Lazar, who wasn’t given a qualifying offer by the Flames, compiled five goals and 10 points in 38 games with the Sabres. He began the season in Rochester.