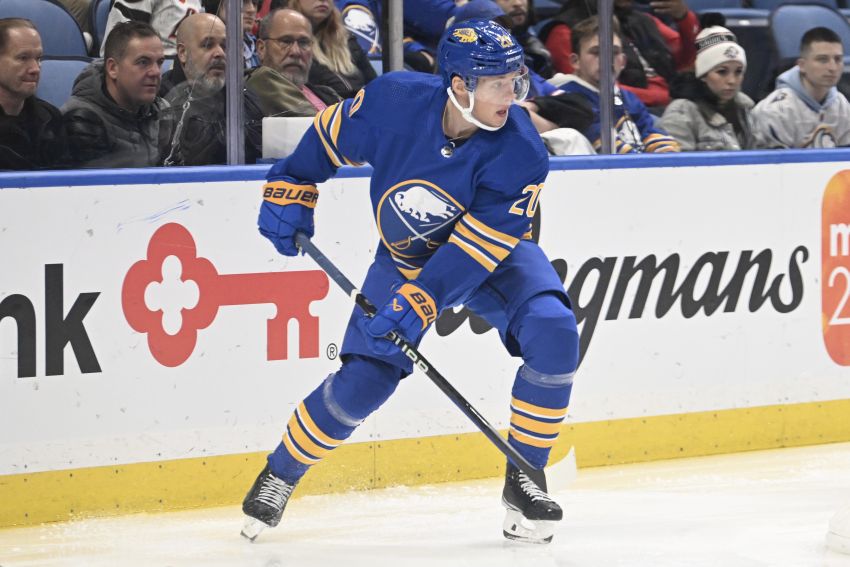 BUFFALO – Defenseman Lawrence Pilut this afternoon cleared waivers and was assigned by the Sabres to the Rochester Americans.

Pilut, who turns 27 today, compiled one goal and three points in 17 games during his recall to Buffalo.

“It’s good that we have tough decisions,” Sabres coach Don Granato said following today’s practice. “He’s filled in very admirably and showed to get better. So the message to him is simple, we don’t want to lose him but we sure appreciate him.”

Defensemen Jacob Bryson and Owen Power returned from lower-body injuries for Thursday’s 6-3 win over the Detroit Red Wings, pushing Pilut out of the lineup and costing him a roster spot.

Kale Clague, who began the season in the AHL with Pilut, recently passed the Swede on the depth chart and remains in Buffalo.

Pilut returned to the Sabres organization this season after playing two years in the Kontinental Hockey League. He has registered two goals and nine points in 63 games with the Sabres over parts of three seasons.

The 5-foot-11, 194-pound Pilut has scored 10 goals and 51 points in 70 career games with the Amerks. He played three games with them earlier this season, recording two assists.