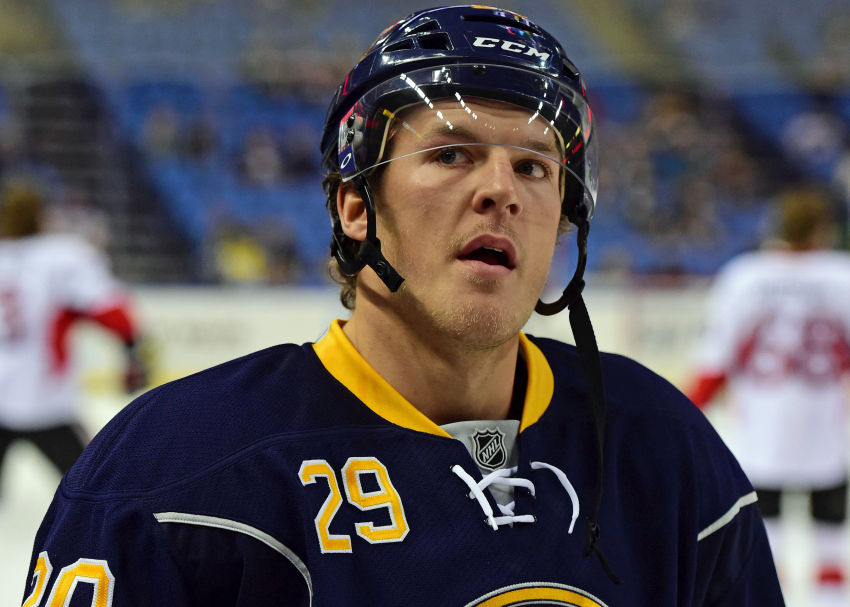 BUFFALO – Seven defensemen will take the pregame warm-up this afternoon for the Sabres, coach Dan Bylsma said. Which one will sit against the Columbus Blue Jackets? He wouldn’t say.

Bylsma, however, said Jake McCabe will make his season debut. The Sabres summoned the defenseman, who turns 22 years old today, from the Rochester Americans this morning.

Update: Carlo Colaiacovo, a minus-3 this season, will sit. So will Matt Donovoan, who skated in the warm-up again.

McCabe, who played for the Amerks on Saturday, showcased mobility and proved he can be a hard guy to play against during the preseason, Bylsma said.

“He was always in the mind to be a guy to put into the lineup,” Bylsma said.

Check back later for more on the Sabres, who could start 0-3 for third straight season.