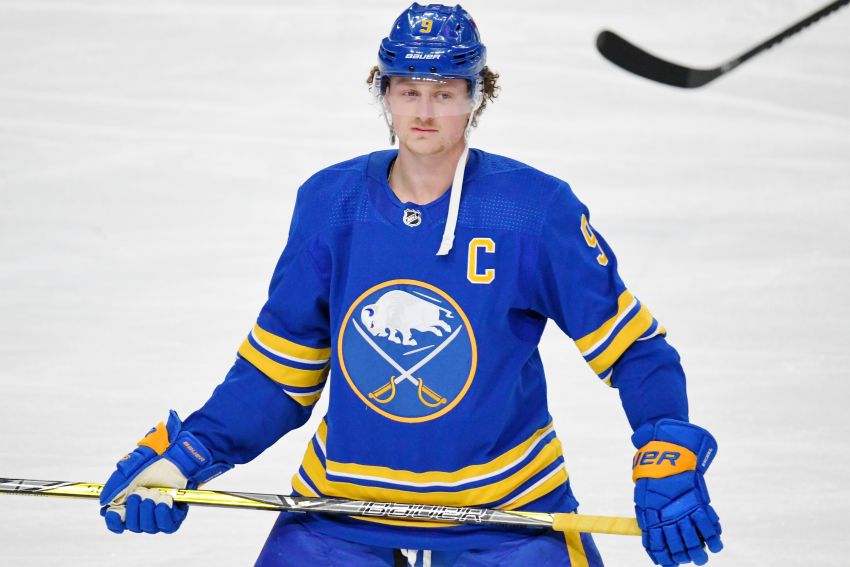 BUFFALO – Sabres captain Jack Eichel will skate in this afternoon’s warm-up and be a game-time decision, coach Ralph Krueger said.

A lower-body injury has sidelined Eichel the last two games. Krueger said 13 forwards will warm up before the Sabres play the Philadelphia Flyers at KeyBank Center.

Update: Eichel will play this afternoon. Rookie winger Dylan Cozen will be scratched.

In other lineup news, Krueger said Jonas Johansson will start in goal, his first nod this season. Johansson, 25, played one period in relief of Carter Hutton on Jan. 19.

Johansson played his first six NHL games last season, compiling a 1-3-1 record with a 2.94 goals-against average and an .894 save percentage.

The Swede hasn’t started a game since March 11 with the Rochester Americans. He made his last NHL start March 5.

Hutton started Saturday afternoon’s 3-0 loss to the Flyers. A lower-body injury will sideline No. 1 goalie Linus Ullmark at least one month.

Meanwhile, Krueger said defensemen Brandon Davidson, who was recalled from the taxi squad this afternoon, and Matt Irwin will move into the lineup today. To make room, the Sabres will scratch Colin Miller for the first time this season. Rookie Jacob Bryson, meanwhile, was sent back to the taxi squad.

“It’s not for any reason other than some fresh energy into the D corps,” Krueger said on a Zoom call of the scratches.