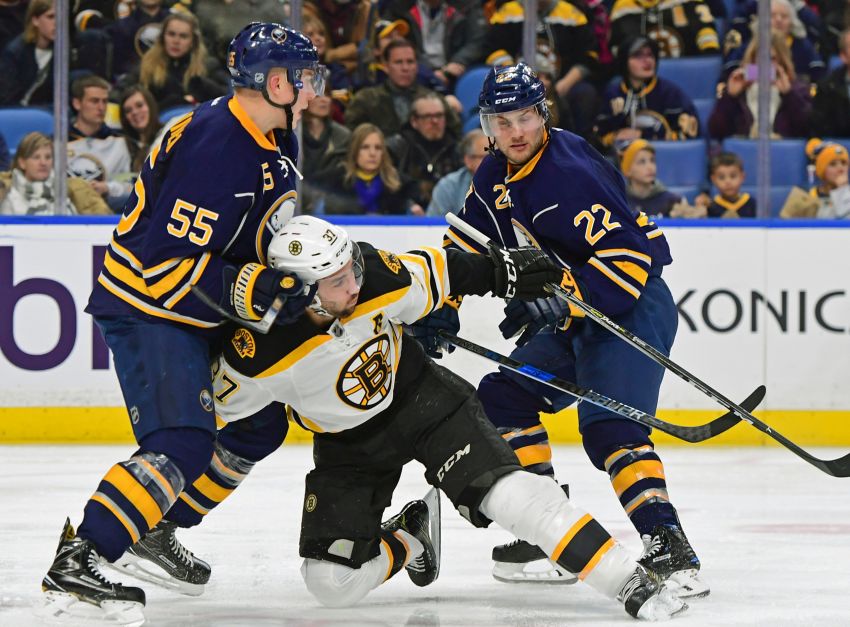 BUFFALO – Having played eight seasons in the old Adams Division, coach Phil Housley understands the Sabres-Bruins rivalry well. Back then, the foes played each other eight times a season and played two memorable playoff series in 1983 and 1988.

The third-place Bruins are five spots ahead of the last-place Sabres entering tonight’s Atlantic Division tilt. The Sabres have played two more games (33) than the Bruins but trail them by 14 points.

Still, the Sabres won their earlier meeting 5-4 in overtime, roaring back from two three-goal deficits Oct. 21.

The Bruins, however, have gone 13-7-5 since then. They shellacked Columbus 7-2 on Monday at home.

“They made a big commitment (to) their play without the puck,” Housley said of what has changed about the Bruins.

The Sabres will make one lineup change up front tonight, inserting center Jacob Josefson, who has missed 24 of the last 27 games with an ankle injury.

Housley said Josefson “solidifies us down the middle.” The Swede will center Jordan Nolan and Evan Rodrigues tonight.

To make room for Josefson, winger Scott Wilson will be scratched. The Sabres are 2-1-3 with Wilson, who was acquired from Detroit on Dec. 4, in the lineup.