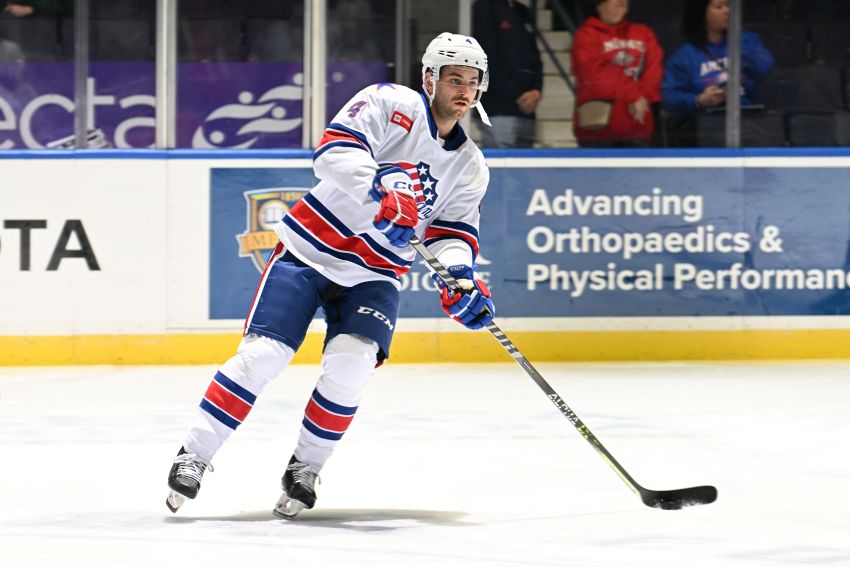 BUFFALO – After forward Riley Sheahan clears waivers or is claimed this afternoon, the Sabres plan to recall a defenseman from the Rochester Americans.

“We’re banged up on the back end and that’s the need, pressing need right now,” Sabres coach Don Granato said this morning.

Jeremy Davies and Oskari Laaksonen are the only healthy defenders in Rochester on NHL contracts.

Update: The Sabres have recalled Davies. Sheahan, meanwhile, has cleared waivers and been sent to the AHL.

Davies, 25, has played 22 NHL games over the last two seasons. Laaksonen, 23, has never appeared in the big leagues.

Lyubushkin’s lower-body injury – he blocked a shot Oct. 18 – forced the Sabres to make this upcoming move. After missing one game, the Russian returned, gutting out the next three contests. But the Sabres shut him down before Saturday’s 4-3 overtime win against the Chicago Blackhawks so he could heal.

“Over the next couple days we’ll just keep monitoring it, see how he responds without the pressure, physical pressure on the point,” Granato said after the Sabres prepared for tonight’s game against the Detroit Red Wings at KeyBank Center.

“He worked hard to try to play and just couldn’t and re-aggravated things as he’s pushing on it the way he was,” he said. “So he is not happy he’s not playing. And he has a very high pain tolerance which enabled him to play through some. But again, we want to get that down as much as we can so he can get back to full mobility, full function.”

The Sabres will likely make one lineup change tonight up front, continuing their forward rotation by inserting Rasmus Asplund for Vinnie Hinostroza. Asplund sat out the last two games.

Sabres goalie Eric Comrie will start, his sixth nod this season. Comrie played three games for the Red Wings in 2019-20.