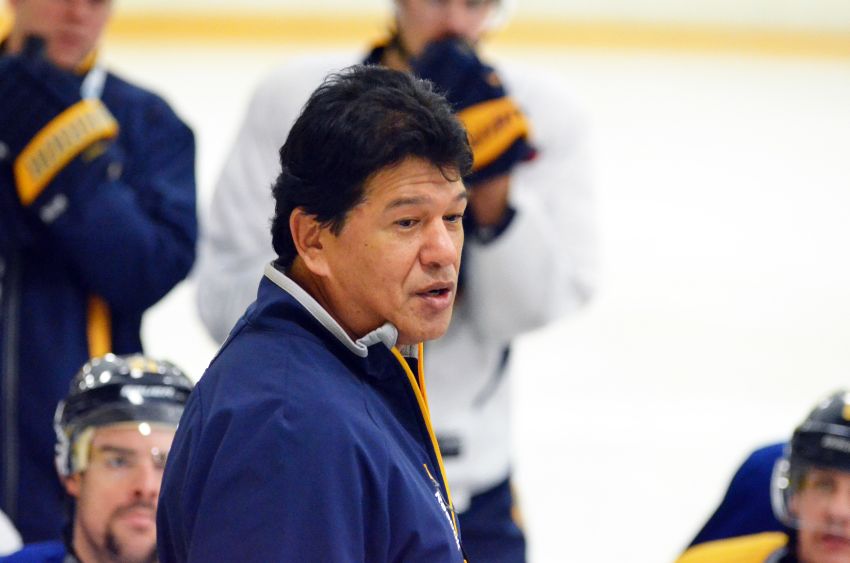 BUFFALO – It appears the interim tag will be coming off Sabres coach Ted Nolan soon.

General manager Tim Murray told Sportsnet’s Hockey Central today he “can see where we probably will do something for him there that it won’t be on for long.”

He later added: “I was never told if I took this job I had to keep Ted Nolan as coach.”

Here’s the rest of what Murray said about Nolan on Thursday:

Update: The Sabres have sent Brayden McNabb, an AHL All-Star, back to Rochester. The defenseman has zero points in six NHL games this season.