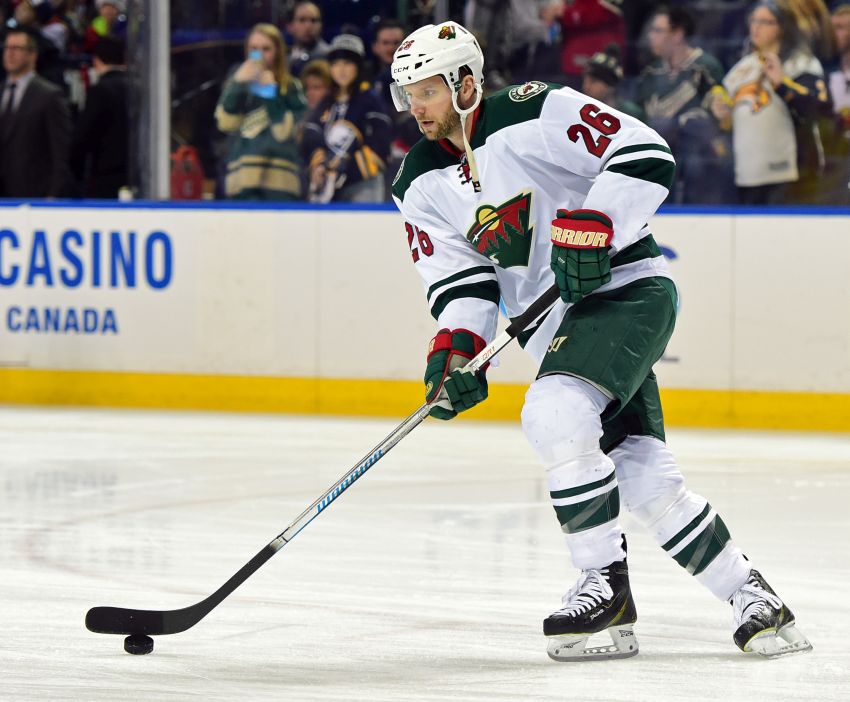 BUFFALO – The upcoming World Cup of Hockey will be a much different international experience for veteran Thomas Vanek, a two-time 40-goal scorer with the Sabres.

Instead of hoping Austria can simply win a game to stay in the ‘A’ pool, the Minnesota Wild winger has a roster spot on Team Europe, a collection of top talent from seven countries.

“For me, it’s cool because actually I can go into one of those tournaments and compete at the (highest) level,” Vanek said prior to the Wild’s 3-2 shootout win against the Sabres on Saturday afternoon.

The first World Cup since 2004 will have a unique format designed to give a stage to all of hockey’s best talent. In addition to the United States, Canada, Czech Republic, Finland, Russia and Sweden, the NHL and IIHF added the European squad and the North America Under-23 team, which named Sabres rookie Jack Eichel to its initial roster Wednesday.

“What a better way to promote the game than to have the best players in the world in one setting,” Vanek said. “With the young team, I think it shows the next generation of what’s coming up. I think you look at a (Connor) McDavid, you look at (Jack) Eichel … those kids are talented, and they all get to show it on a big stage.”

Even at 32, with his production having slowed a bit in recent seasons, Vanek is the Wild’s leading goal scorer with 18. If he can get two more, he’ll have hit the 20-goal mark in all 11 of his NHL seasons, a significant accomplishment in this low-scoring era.

Would that milestone mean anything to Vanek?

“I don’t know, not that much,” he said. “I would rather be at 30 than 20. I don’t know. My role is to score goals, produce points, make my linemates better. For most of the year I’ve done that. (It was) a tough stretch there for a while. We’re getting better as a team.”

Vanek endured one of the toughest stretches of his career earlier this winter, losing 13 out of 14 games. Shortly before the Wild fired Mike Yeo, the former coach scratched Vanek on Feb. 6.

“I think the team we have, we expect to be in the playoffs,” Vanek said. “We had a great first half. I can’t point my finger at what happened, but we just fell apart. Like I always say, this is a game of confidence. If you have 20 guys playing with no confidence, it’s going to be tough to win games.”

“He’s high energy,” Vanek said. “I think he’s constantly talking. I think just the emotional factor and the energy factor has picked up since he’s been here. He brings it from 8 a.m. to – I don’t know if he ever quits – so it’s just 8 a.m. to 8 a.m. He’s pretty upbeat.”

“I think what makes me appreciate their game is the way they think the game,” Vanek said. “To me, you can’t teach hockey IQ, and both those guys have it.”

Vanek, who was dealt 13 games into 2013-14, played with only five Sabres in Saturday’s lineup inside the First Niagara Center.

“There’s not too many guys I know there anymore,” he said.