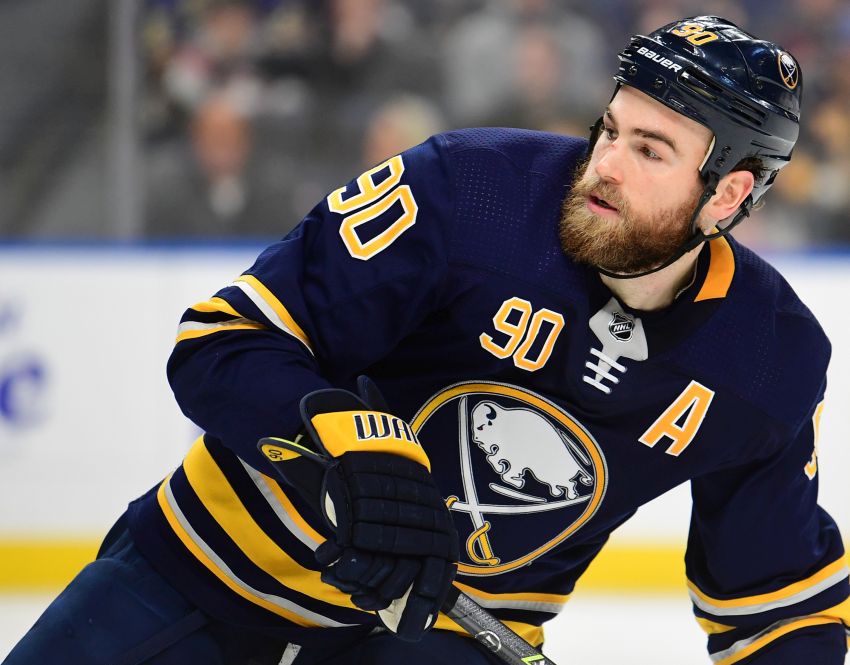 Not much has changed for ex-Sabres center Ryan O’Reilly in St. Louis. The Blues utilize him constantly, relying on him to play big minutes. Just like in Buffalo, the versatile center quickly seized his opportunities, morphing into perhaps his new team’s best player.

And just like in Buffalo, O’Reilly has endured a lot of losing.

The Blues, one of the NHL’s heavyweights for years, just missed the playoffs last season, earning 94 points. When they acquired O’Reilly, 27, from the Sabres in a trade July 1, they hoped the man nicknamed “Factor” would put them over the top.

But the blockbuster deal has been a massive bust for the Blues, who have earned only 32 points (14-16-4). They enter tonight’s home tilt against the Sabres, O’Reilly’s first meeting against his old club, mired in sixth place in the Central Division and just one point out of the NHL basement.

Firing coach Mike Yeo after a 7-9-3 start and replacing him with Craig Berube has failed to ignite the Blues, who look destined for a rebuild given their age.

The Sabres, meanwhile, have become perhaps the NHL’s biggest surprise without O’Reilly, starting the season 21-11-5. After finishing dead last a year ago, they’re on track for their first playoff appearance since 2011.

“I feel for him being in that situation again. It’s hard,” said former Sabres goalie Chad Johnson, who played 10 games with St. Louis earlier this season. “Everybody looks like garbage when you’re on a losing team. When everyone wins, everyone looks great. It’s a tough situation for him.

“He’s been really good for that team, best player there, for sure.”

Of course, O’Reilly wanted to be dealt after three rough years with the Sabres. Following last season, he shocked the hockey world, saying the constant losing sapped his love for the game at times.

O’Reilly said then the Sabres became “stuck in this mindset of just being OK with losing.” The trade to St. Louis, he said July 2, made him feel a “spark.”

Now, O’Reilly will likely miss the playoffs for the eighth time in his 10-year career.

“Everybody sees his work ethic and what he does and his preparation,” Johnson said. “You’re only one person, you’re one guy. It takes really a group and a team to help everyone have success.”

Having compiled 13 goals and 32 points in 34 games, O’Reilly would set new career highs with 31 goals and 77 points over a full season. He has also won 59.4 percent of his 776 faceoffs, the highest percentage from a player who has taken more than 400 draws.

The Blues’ struggles have only heightened the belief O’Reilly, while a terrific player, isn’t a so-called “winner” or brings problems to his team. The latter has never been proven, but it has become a popular opinion following his exit from Buffalo.

But it was mostly a futures deal for the Sabres. They received a first-round pick in 2019, a second-rounder in 2021 and forwards Patrik Berglund, Vladimir Sobotka and Tage Thompson.

The first-rounder, which is lottery-protected and could be deferred a year, and Thompson were the keys for the Sabres.

Berglund, having quit on the Sabres earlier this month, is already gone. So is his hefty $3.85 million cap hit. Sobotka offers the Sabres some decent depth. Thompson, 21, is raw and often skates on the fourth line.

Still, the 6-foot-6 Thompson possesses plenty of skill. The former 26th overall pick could be a 20- or 30-goal scorer in the future. He occasionally showcases the talents of a top power forward.

Thompson has compiled four goals and seven points in 30 appearances this season.

The Sabres had the past four days off for Christmas and will fly to St. Louis this morning.