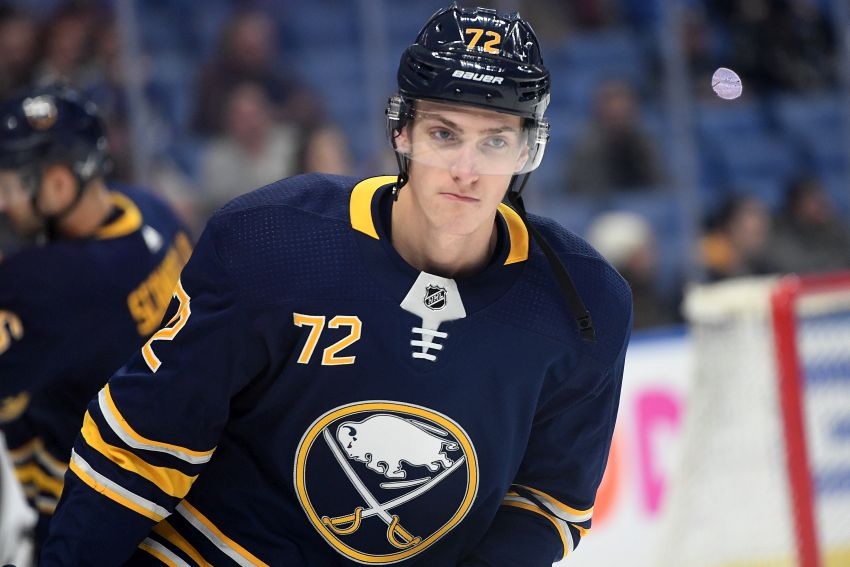 BUFFALO – The remarkable part of the Sabres’ nine game-winning streak has been their ability to find different ways to rally late and triumph in tight contests.

Eight one-goal victories during their torrid run helped vault the Sabres into first place in the 31-team NHL. Only once, in Wednesday’s 5-2 home win over the Philadelphia Flyers, a game in which they opened up a 4-0 first-period lead, have they throttled an opponent.

Incredibly, they’ve roared back from a third-period deficit six times in nine games.

“It’s been a battle until the end,” Sabres goalie Linus Ullmark told reporters following Saturday’s 3-2 shootout win in Detroit. “That’s what keeps us down to earth, because we know it’s a very tight league and we can’t just go and glide on some pink clouds up there in the sky and think that you’re going to win just because you’ve done it before.”

On Saturday, the Sabres grabbed a 2-1 third-period lead before the Red Wings tied it. Then the Sabres fell behind in the shootout before winger Tage Thompson scored to keep the game alive.

Winger Sam Reinhart won it in the seventh round, pushing the Sabres past the Nashville Predators into first place with 34 points.

“The mindset we have going into a third period is we’re just going to wear them down,” Sabres captain Jack Eichel said. “If it doesn’t come in the first five, if a takes a full 20 or 25 or shootout, then so be it. It’s a credit to everyone in the room for committing to the room and just sticking with it for as much as we can.”

“You can look at it and see how many different heroes we’ve have or guys stepping up in key situations,” Eichel said.

The Sabres’ quick turnaround has been short of stunning. Last season, they finished dead last, going 25-45-12 and earning only 62 points.

A year ago Saturday, the Sabres ended a seven-game losing streak by defeating the equally hapless Edmonton Oilers 3-1.

The Sabres hadn’t led the NHL in points or been tied after the first week of the season since Oct. 23, 2008. Entering Sunday’s games, they owned sole possession of the top spot for the first time since winning the 2006-07 Presidents’ Trophy.

After sitting out seven contests as a healthy scratch earlier this season, Thompson, 21, has emerged as a key contributor.

Thompson’s third goal in four games, a power-play one-timer he rocketed from the left circle, put the Sabres up 2-1 7:40 into the third period Saturday.

“I think I put everything I had into that one,” Thompson said of the shot defenseman Rasmus Dahlin set up perfectly.

“The team’s having great success,” Thompson said. “When that happens, your individual success goes up as well.”

Housley said: “He’s been finding ways to get pucks to the net and using his speed.”

Thompson scored in the fifth round of the shootout, deking and tucking the puck past goalie Jimmy Howard after Andreas Athanasiou put the Red Wings up.

“He wasn’t ready for it,” said Thompson of the deke he used to beat Howard.

In his seventh appearance this season, Ullmark, 25, made 35 saves and another six in the shootout, improving to 5-0-1.

Eichel said: “Linus stepping in and playing out of his mind.”

Late in the game, Ullmark stoned Dylan Larkin on a breakaway.

“The breakaway save was huge,” Thompson said. “Everybody was up on the bench after that one. He bailed us out a lot.”

Notes: Saturday’s win ended a stretch of six games in nine days. “It’s been a grind,” Housley said. “The guys continue to find energy and ways to win hockey games.” … The Sabres won their 16th game last season on Feb. 10. The Sabres had Sunday off.