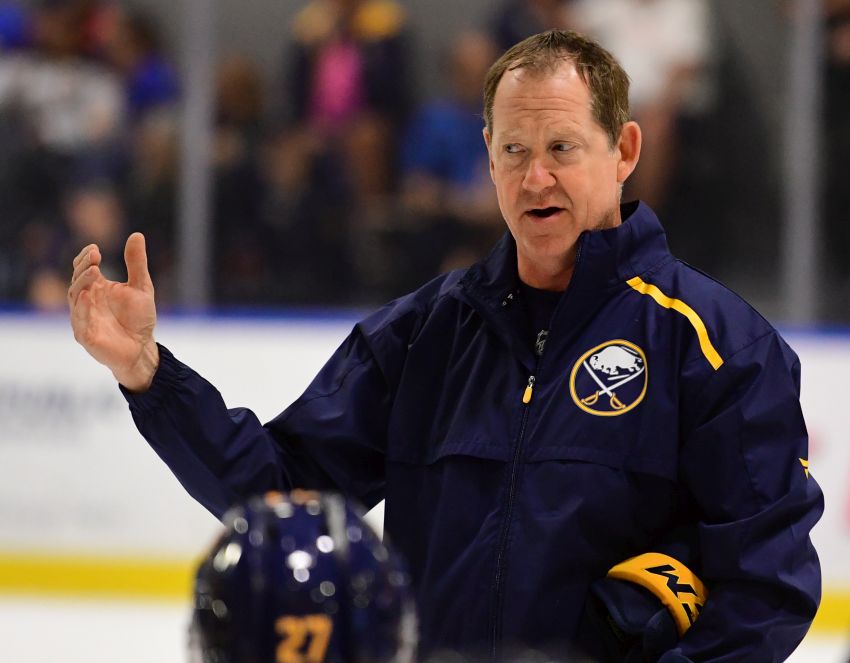 Phil Housley's Sabres have turned things around in a hurry. ©2018, Hickling Images

The Buffalo Sabres, the NHL’s laughingstock a season ago, now rank first overall in the 31-team league.

You read that right.

The Sabres’ 3-2 road shootout victory over the Detroit Red Wings tonight extended their winning streak to a whopping nine games and vaulted them into first place in the NHL.

At 16-6-2, they have 34 points, one more than the Nashville Predators and Tampa Bay Lightning.

The quick turnaround from coach Phil Housley’s team has been nothing short of stunning. Last season, the hapless Sabres finished dead last.

A year ago today, the Sabres ended a seven-game losing streaky by beating the Edmonton Oilers 3-1.

The Sabres hadn’t led the NHL or been tied for the most points after the first week of the season since Oct. 23, 2008. They own sole possession of the top spot for the first time since winning the 2006-07 Presidents’ Trophy.