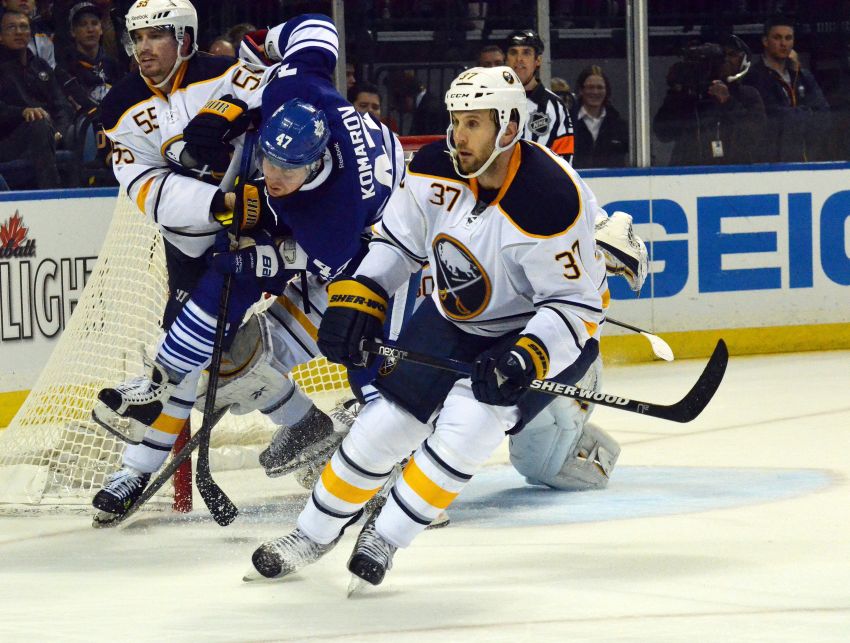 BUFFALO – Matt Ellis cleared waivers Monday and will report to the Rochester Americans, his first AHL stint since serving as the Portland Pirates’ captain in 2010-11.

The respected 31-year-old forward, a veteran of 267 NHL games, played six pointless contests with the Sabres this season and was scratched six times.

“He plays the game with a lot of integrity,” Amerks coach Ron Rolston told the Rochester Democrat and Chronicle about Ellis. “He just does things the right way.”

The Sabres claimed Ellis off waivers from Los Angeles in 2008. He’s played 197 games with them, compiling 13 goals and 33 points.

Ellis usually starts each season as an extra forward before carving out a regular role. He played 70 games in 2009-10 and 60 last season. This year, however, he was pushed out when Nathan Gerbe and Cody McCormick returned from injuries.

He played 52 times during his last AHL run as he shuttled back and forth to the Sabres.

The Amerks play this morning in Cleveland against the Lake Erie Monsters.